The Peoples Democratic Party (PDP) in Akwa Ibom has declared that the All Progressives Congress (APC) has been successfully banished from the state.

The party made the declaration while reacting to Akwa Ibom APC’s comments on how Governor Udom Emmanuel has handled the coronavirus pandemic in the state.

In a press statement sent to journalists on Tuesday, August 25, the spokesman of the Akwa Ibom PDP, Borono Bassey, described the recent remarks by APC as “mere distant hisses from a political party which the electorate in the state had banished through the potent tool of successive electoral defeats.” 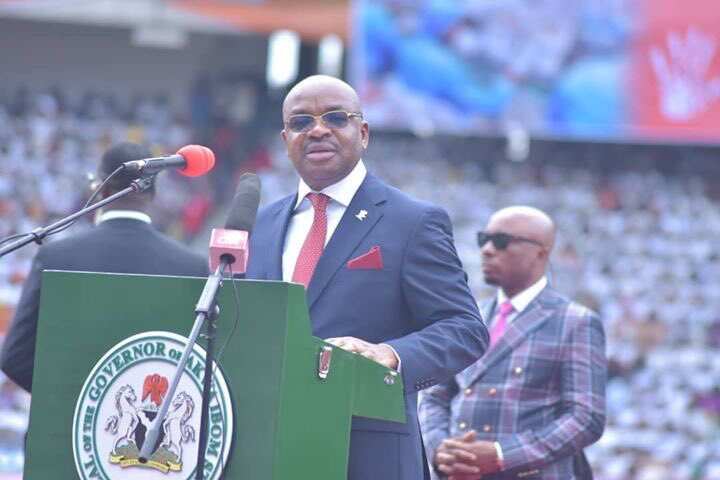 Bassey said shocking as APC’s thoughts on the management of the pandemic by Governor Emmanuel might be, “the PDP, however, understand that for a party like the APC that only visits the state during gubernatorial elections, it is herculean for them to keep up with the goings-on in Akwa Ibom state..”

Part of the statement read: “On Monday, August 24, 2020, the All Progressives Congress in Akwa Ibom State – the party which our people had successfully banished from our land through the potent tool of successive electoral defeats, sent out a distant hiss by way of a press release in their bid to respond to Governor Udom Emmanuel’s snipe at Senator Ita Enang.

“As a party and for the sake of humanity, we have herein taken up the task of rebooting the fried brains of members of the APC. It is also appropriate to remind them that Governor Udom’s visionary strides in government have been attracting commendations from its inception.”

The group said it is uncharitable to use it as a yardstick to measure the performance of Governor Emmanuel-led administration.

Legit.ng had earlier reported that Governor Emmanuel restated his administration’s commitment to decimating COVID-19 in the state even as schools resume for exit classes.

Governor Emmanuel stated this while taking delivery of five ambulance buses and 100,000 facemasks donated to the state by a foundation at Government House, Uyo.

He said already, the effort of his administration in fighting the pandemic has paid off, adding that there will not be any complacency on the part of the state government.