The support base of the Peoples Democratic Party (PDP) in Rivers state has been raised by 458 groups under the aegis of the Coalition of PDP Support Groups.

Desmond Akawor, the Rivers state PDP chairman addressing the coalition during a solidarity visit commended the groups for their hard work and sacrifice during the 2019 elections.

Akawor while charging the groups to remain focused, urged them to be supportive of the PDP government led by the state governor, Nyesom Wike.

He noted that though PDP was denied the presidency, it was able to secure Rivers state. The PDP chairman expressed optimism that with the coalition’s usual support, the party was confident of securing the ctate and presidency come 2023. 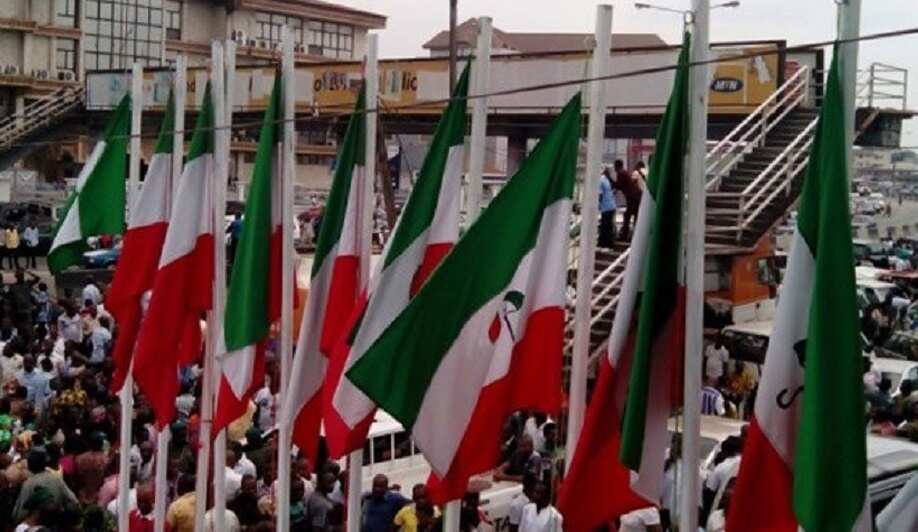 PDP support base in Rivers state increases as 458 groups mobilise for the party.
Source: UGC

Earlier, Legit.ng reported that the PDP in Rivers state has elected a new state Working Committee (SWC) in the state congress conducted on Saturday, March 21.

The new PDP chairman in the state is Desmond Akawo, a former Nigerian Ambassador to South Korea, who will be taking over from Felix Obuah.

Akawor was elected by the PDP delegates at during the congress which was held at the Obi Wali Cultural Centre in Port Harcourt.

The governor of the state, the PDP national chairman, Prince Uche Secondus, were among the voters during the congress.

In a related development, PDP announced its national campaign council for the governorship election in Ondo state scheduled for October.

In a statement by the party on Wednesday, August 26, PDP through its national spokesperson Kola Ologbondiyan, announced Governor Seyi Makinde of Oyo state as the chairman of the campaign council.

PDP said the campaign council will be inaugurated on Friday, August 28, at the party’s national secretariat in the Federal Capital Territory (FCT) Abuja via zoom due to the Covid-19.