– The party named Oyo state governor, Seyi Makinde, as the chairman of the council

– Notable men in the list are Bello Matawalle of Zamfara, Nyesom Wike of Rivers and other members of the party’s top hierarchy

The Peoples Democratic Party (PDP) has announced its national campaign council for the forthcoming governorship election in Ondo state sceduled for October.

In a statement by the party on Wedneday, August 26, PDP through its national spokesperson Kola Ologbondiyan, announced Governor Seyi Makinde of Oyo state as the chairman of the campaign council.

The opposition party also named Governor Bello Mattawale of Zamfara state as the deputy chairman while the the 145-man list also saw Malam Abdullahi Maibasira emerge as the council’s secretary. 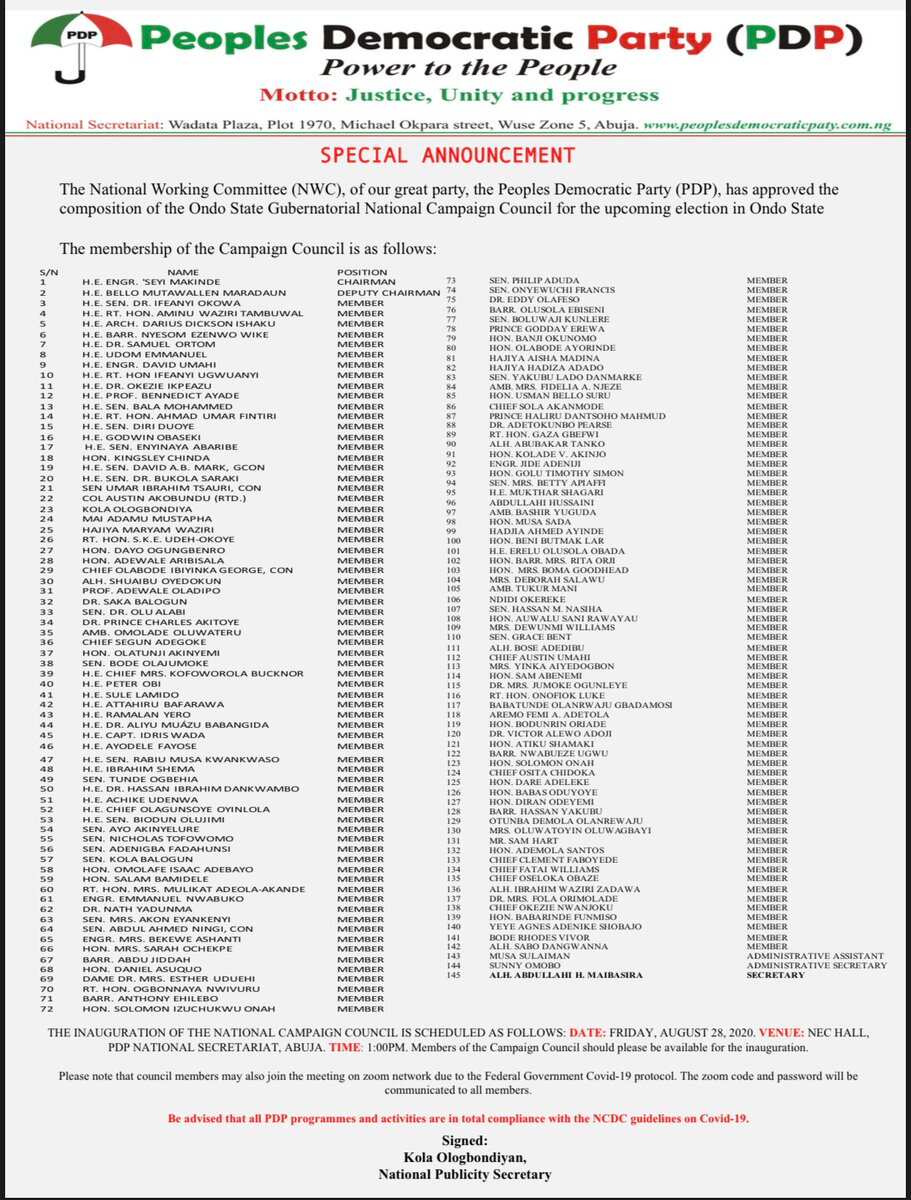 PDP said the campaign council will be inaugurated on Friday, August 28, at the party’s national secretariat in the Federal Capital Territory (FCT) Abuja via zoom due to the Covid-19.

Others are Governor Godwin Obaseki of Edo, Governor Darius Ishaku of Taraba, Govenor Okezie Ikpeazu of Abia state and a host of top chieftains of the party.

Indepndent National Electoral Commission (INEC) has slated October 10, 2020 for the gubernatorial election in the southwest state.

PDP, who earlier announced Eyitayo Jegede (SAN) as its candidate having defeated other aspirants in the party’s shadow election, will hopefully gives All Progressives Congress (APC) a tough run this time.

Meanwhile, Legit.ng reportd that Isaac Kekemeke, a chieftain of the APC in Ondo state, has sent a strong warning to the opposition parties ahead of the state guber election.

Kekemeke, who was an aspirant and former chairman of the ruling party in Ondo, said the APC will win the forthcoming election with the help of the federal government.

Addressing his supporters in a viral video, Kekemeke said Governor Rotimi Akeredolu was the only guber candidate who has the massive political acceptability for the election.