The youth wing of Ohanaeze Ndigbo has reacted to the killing of Igbos youths in Enugu state urging southeast governors and other notable Igbo leaders to intervene in the matter.

This was disclosed in a statement by the group’s deputy national president, Kingsley Dozie and national publicity secretary Chief Osmond Nkeoma in Owerri.

According to The Sun, the Igbo social-cultural organisation strongly condemned the spilling of innocent Igbo bloods under any guise, and the clash between Nigeria’s security agents and members of the Indigenous People of Biafra (IPOB).

Celebrities weigh in on the South African xenophobia madness

The group described the role played by security agents as a “provocative scenario attempted to instigate civil unrest and disobedience in Igboland.” 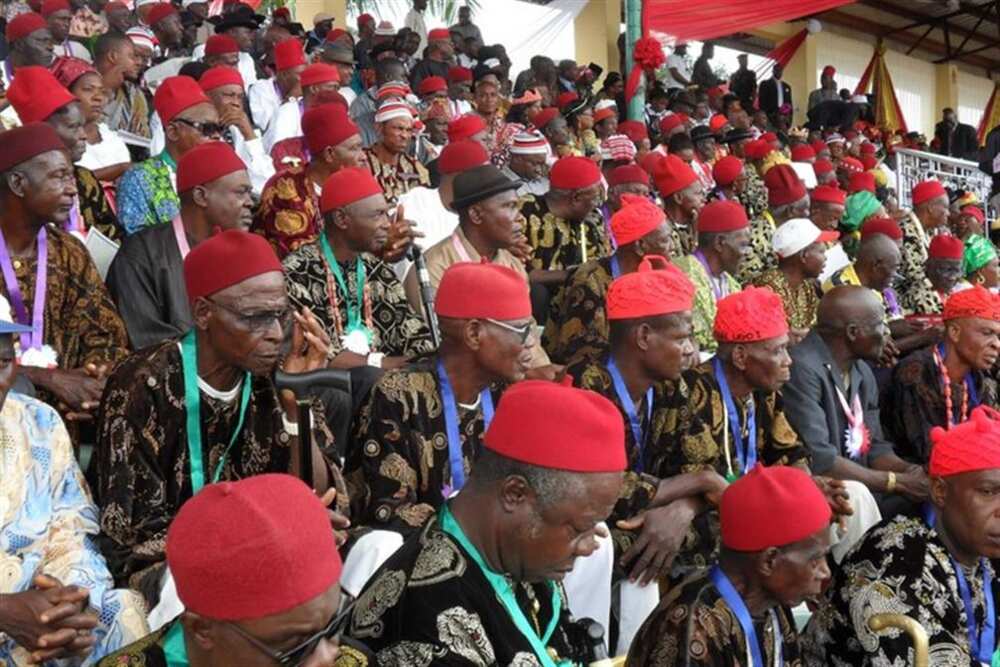 Ohanaeze while appealing to Igbo youths as well as groups hurt by the clash not to retaliate, added that it will not tolerate any form of intimidation.

The Igbo group further said that if there’s no immediate intervention there might be reprisal attacks from both sides.

They called on all agitators to call off any reprisal attacks, and warned security agents to stop further actions capable of causing mayhem.

Earlier, Legit.ng reported that the Department of State Services (DSS) accused members of the outlawed IPOB of attacking and killing two of its personnel.

A spokesperson for the DSS, Peter Afunanya in a statement on Sunday, August 23, said the attack occurred in Emene in Enugu state.

Afunanya described the attack as unprovoked, noting that efforts are being made to ensure the killers face justice.

In a related development, Nzuko Umunna, an Igbo socio-cultural group has condemned what it described as the constant killing of unarmed Igbo youths by security operatives.

The group gave this stance while reacting to the killings that occurred on Sunday, August 23 at Emene, Enugu state involving some Igbo youths and operatives of the Nigerian Police, Department of State Service (DSS) and Nigerian Army.

Nzuko Umunna noted that the killings took place when security operatives invaded a peaceful meeting of the youths.