– After being appointed by Premier Jason Kenney to lead the ministry of justice, Madu took to his LinkedIn page to make a promise that everyone will have equal access to justice

A Canadian-based Nigerian man identified as Kelechi Madu has been appointed minister of justice and solicitor general of the Province of Alberta in Canada.

He said his legal work has always been informed by the fundamental belief that everyone deserves equal access to justice, adding that this will never change. 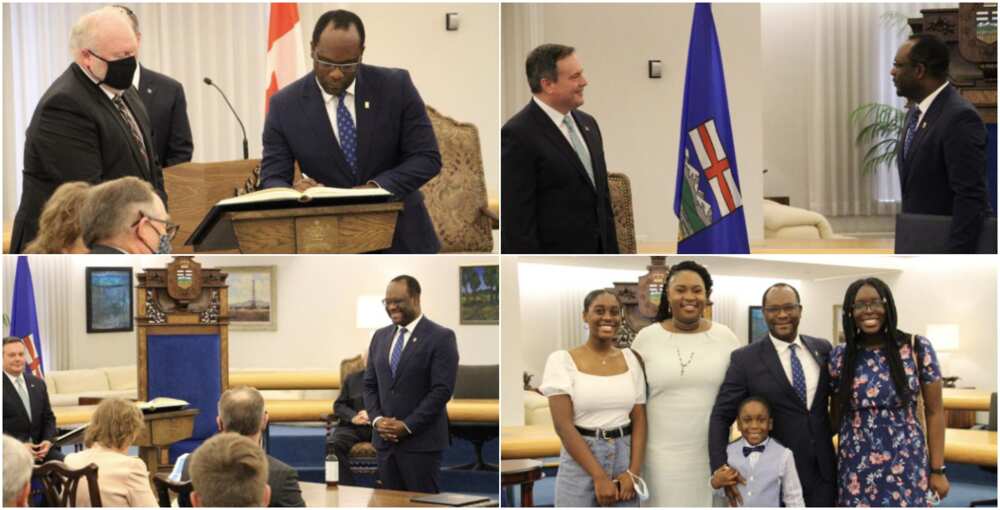 Madu says his legal work has always been informed by the fundamental belief that everybody deserves equal access to justice. Photo credit: Kelechi Madu/LinkedIn
Source: UGC

Madu said he cherishes the Canadian Charter of Rights and Freedoms, which says: “Every individual is equal before and under the law and has the right to the equal protection and equal benefit of the law without discrimination.”

He assured that those words in the charter would flourish in the lives of Albertans and inspire confidence.

Madu added: “I look forward to working on many critical democratic reforms, including recall legislation and important citizenship initiative referendums, and taking the lead role on the implementation of our government’s fight for a fair deal within confederation.”

In other news, the people of Cincinnati, Ohio, United States, marked the first Kunle Adewale Day, a year after the mayor of the city, John Cranley, dedicated the day to the Nigerian visual artist.

The United States Mission in Nigeria disclosed that the Nigerian national recently received a grant from the US Department of State.

The declaration was made in recognition of his contributions to the United States and Nigeria in the field of arts and medicine.

The statement by the mission read in part: “Kunle continues to push the frontiers of servant leadership, intercontinental partnership, and civic engagement through the arts.”