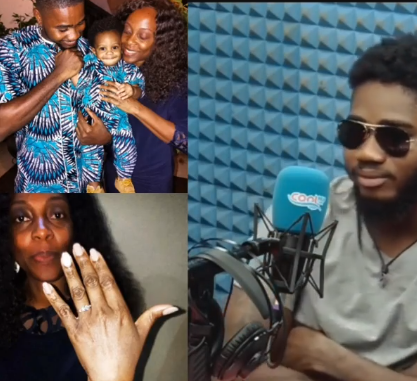 Recently evicted BBNaija housemate, Praise, has debunked claims made by his housemate, BrightO that his woman is over 60.

Last week, BrightO, had a discussion with his Kiddwaya where he complained about the manner in which Praise picks on other housemates. He said he knows what to do get praise angry. When Kiddwaya inquired, BrightO said Praise was always talking about his wife and child. He went on to tell Kiddwaya that the wife Praise talks about is 60 something years old. He also alleged that Praise is with the lady for her money. Read here.

Well, Praise who was evicted last Sunday, August 23, got a chance to set the record straight about his woman. He had an interview with Cool FM where said he isn’t married and that his fiancee is 42 years old.

When asked if he was married, he responded ”No I am engaged”

Reacting to BrightO’s comment that his fiancee is in her 60s, the 28-year-old father of one said

I feel like it is his opinion. I remember having a conversation where Lucy mentioned to the whole house that she cannot be in a relationship with a guy that is younger than her so I had to set her straight like look, relationships are really not about age.

I don’t ever feel like the age is ever a problem with us. She is 42 years old actually.”

Praise got engaged to her in April 2019. 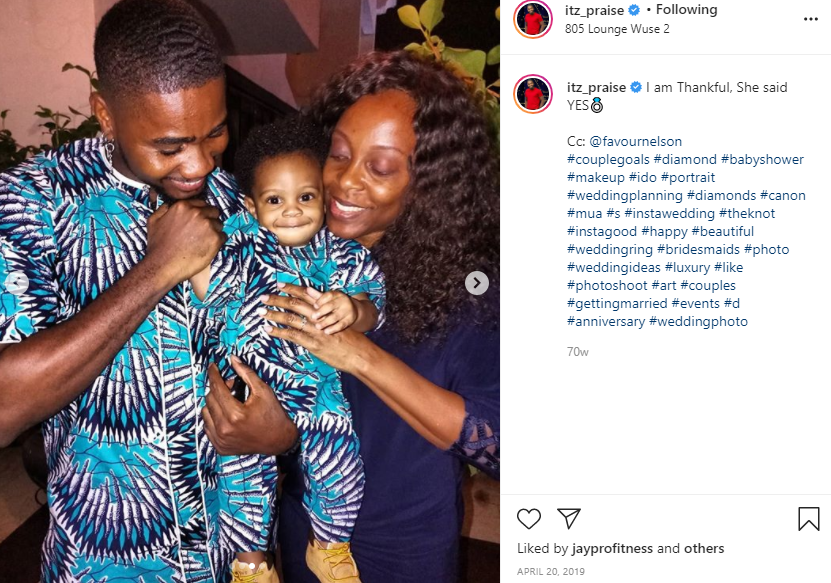 Watch a video clip from his interview below..