Jose Mourinho has revealed that Sir Alex Ferguson persuaded him to sign Tottenham star Dele Alli while he was Man United boss.

The Special One won three trophies during his two and half year spell at Old Trafford including the Community Shield, Europa League and the EFL Cup.

Mourinho who started his stint with the Reds Devils in 2016 was sacked in December 2018 before replacing Mauricio Pochettino as Spurs boss the following year. 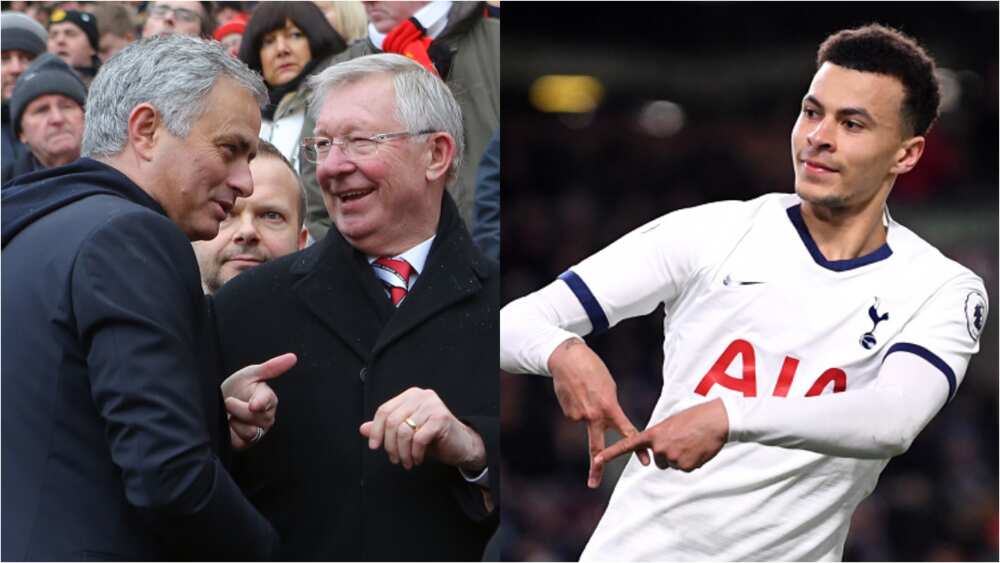 “Sir Alex Ferguson gave me only one advice in two and a half years [at United]: buy Dele Alli,” Mourinho said in Amazon’s All or Nothing: Tottenham Hotspur documentary. “But he’s not a good trainer and we need to find the right motivation for the guy.”

Alli’s move to the Manchester club never materialized but Mourinho made 11 signings during his spell at the club including Paul Pogba, Alexis Sanchez and Romelu Lukaku.

Sanchez and Lukaku have now become Inter Milan players while Pogba has committed his future to United recently.

But with Mourinho now at Tottenham, he has been managing Alli whose form was poor before his arrival and after a few games the Englishman lived up to the billing.

“I don’t know if it has to be to your lifestyle. If you want periods [when] you are an amazing professional, if in another period, you become a party boy. I have no idea. Only you can know that. Time flies and one day you will regret if you don’t reach what you can reach.”

Meanwhile, Legit.ng had earlier reported that Joe Hart has completed a move to north London club Tottenham and the Premier League side have confirmed it on their social media page.

The England international goalkeeper’s deal with Spurs is understood to be a two-year deal worth £27,500-a-week before bonuses.

The former Man City shot-stopper became a free agent after his brief spell with another English top division club Burnley.