Spanish La Liga returnees Elche are reportedly ready to appoint Argentina football legend Diego Maradona as their new manager after getting promotion back to topflight.

Victories over Real Zaragoza and Girona helped Elche to make a stunning return back to the Spanish La Liga.

But despite his effort to steer club back to the Spanish La Liga, Elche chiefs failed to retain coach Rojo Pacheta as they asked him to leave after their celebrations.

That move came at the request of the new owner, Christian Bragarnik, who has been likened to super-agent Jorge Mendes, who has played an influencial role at Wolves.

According to the latest development on Daily Mail, he could use his influence to bring in Diego Maradona for the new season in Spain.

Diego Maradona is currently managing in his native Argentina where he is boss at Gimnasia y Esgrima La Plata.

But the World Cup winner is not expected to turn down the glorious chance for him to coach top Spanish La Liga side.

During his active playing time, Diego Maradona played for Barcelona between 1982 and 1984 and also Sevilla in 1992. 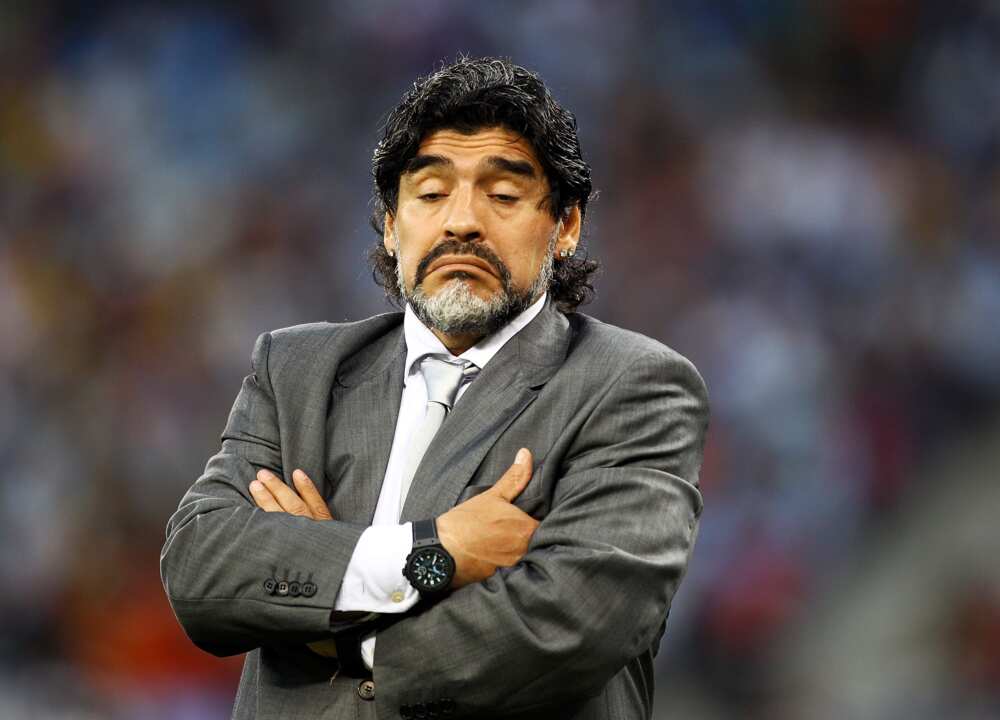 Earlier, Legit.ng had reported how Diego Maradona emerged the greatest player of all time as fans rank the top 10 players to have ever graced the football pitch.

The football legend beat his countryman Lionel Messi to second spot as he continued to receive accolades for his exceptional talents as he showed class during his career.

In a list ranked by football fans at TheTopTens, the 59-year-old emerged number one in a star studded list which also had the likes of the legendary Pele and Cristiano Ronaldo.

“Maradona did something Messi cannot or probably will never do and that is drag an average Argentinian team to the world cup trophy,” one fan wrote in the rankings.