– Identified as Ryan Morrison, he explained his reasons for adopting her name, Miyoshi

While it is the norm for women to take on their husband’s surname when they get married, a certain design manager has revealed on Twitter that it is going to be the other way round. 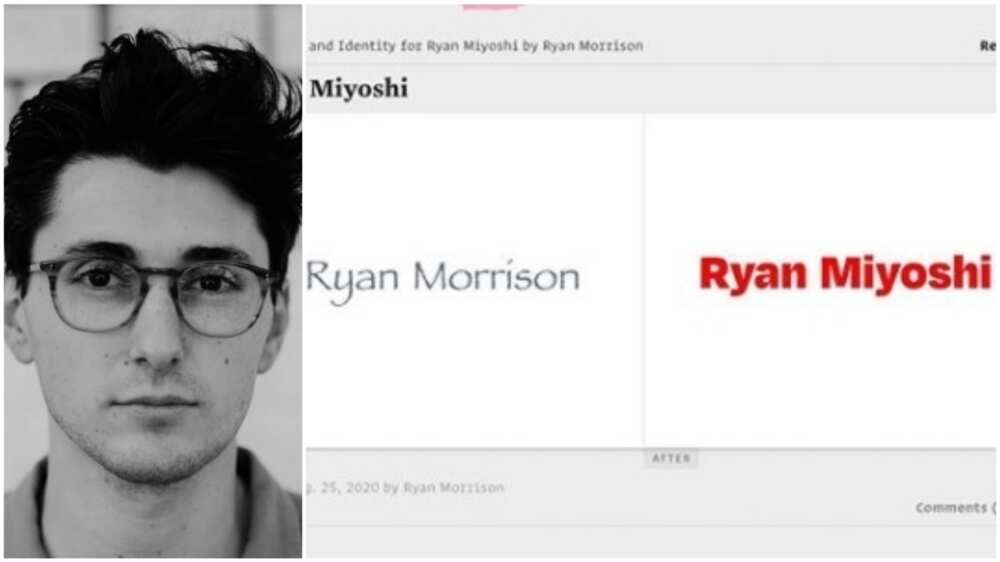 Identified as Ryan Morrison, he took to the microblogging platform to reveal that he would be getting married soon and intends to take his wife’s last name instead of her taking his.

Ryan explained that he was doing so because of the history of his own surname. According to him, the name Morrison was chosen by his grandfather who was a priest and had a secret family.

Since priests were/are not allowed to get married and have children, his grandfather picked a random name from a phonebook.

Explaining further, he wrote: “On the other hand, my wife’s last name comes from her Japanese father, and can be traced back for hundreds and hundreds of years. Since my father-in-law doesn’t have siblings, and my wife only has a sister, there’s not a whole lot of people to carry on the Miyoshi name.

I figured her name is the better choice out of the two, so why not! As of tomorrow afternoon, I will no longer be Ryan Morrison, and instead: Ryan Miyoshi”

Also, a Nigerian TV host, Lolo Cynthia, revealed in an interview that she would like to keep her surname after marriage. She further explained that she would only take her husband’s name if it can create opportunities that hers cannot.

How does she do it? This woman flies airplane with just her legs, video shows her at work

Several Nigerians found her opinion distasteful and they took to their handles to call her out. Some others also felt she should be left to wish for what she desires.

In other news, Holywood star Kevin Hart and his wife, Eniko, recently had a baby shower for their second baby and the Boho-chic inspired theme for the event is everything!

Recall the two announced on social media that they were expecting their first daughter together after holding a cute and intimate gender reveal in their plash residence.

Eniko in several photos shared to her Instagram page, posted photos of the shower setup, which included a comfortable couch, rugs and pillows.