New Barcelona boss Ronald Koeman reportedly aggravated Lionel Messi’s decision to leave the club after the Dutcham told him his “privileges are over”.

The Argentine has since then handed the Catalans his transfer request with Manchester City tipped as his next destination due to his relationship with pep Guardiola.

Messi has spent all his career at the Camp Nou but he was said to have send them a fax message about his decision to leave this summer despite having 12 months left on his deal.

The 33-year-old was also said to have been angry of the Blaugrana’s treatment of Luis Suarez after the new boss told the Uruguayan he has no future at the club.

Messi had to cut his holidays short to have a meeting with Koeman but the Argentine told the manager he sees his future outside the club. 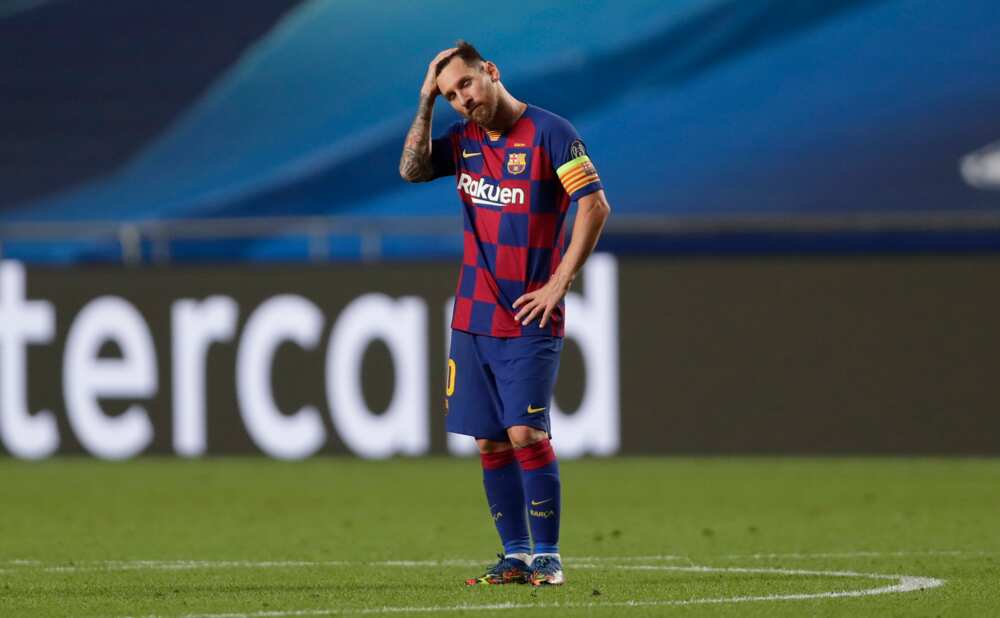 But according to Diario Olé via AS, Koeman told Messi: “Your privileges in the squad are over, you have to do everything for the team. “I’m going to be inflexible, you have to think about the team.”

“As a coach I would love to work with Messi because he wins matches. If he’s at the ability and level he has always shown I’d be more than happy for him to stay.”

Meanwhile, after revealing that Messi will no longer enjoy any privileges, the attacker was convinced he cannot work with the tactician and wouls rather go elsewhere.

He informed the directors he has decided he will quit after this major fallout – with their treatment of Suarez also thought to be a contributing factor.

Legit.ng earlier reported that Barcelona have been dealt a major problem after Lionel Messi reportedly informed the club he wants to leave this summer.

Messi reportedly made up his mind to walk away from the club which he made his home for 15 years after talks with new boss Ronald Koeman.

Reports from tycsports.com indicate that the 33-year old Argentine maestro made his intentions to leave Barca known via a fax message.