– For those who tried to dampen her joy, she gave them an apt response

Parents who know how to take care of their children could be everything. A lady with the Twitter name Lola The Creator++, showcased the new car she got from hers.

In a post on the platform on Sunday, August 23, she said: “Parents got my FIRST car” as she struck different poses with the new whip.

While many were wowed by the gift, others could not hide their envy as they dropped dampening comments, showing how the car was a bad choice.

Lola did not take the negative reactions lightly as she engaged them in subsequent posts under her initial tweet.

She tweeted: “Why are ppl so negative…my parents trust me but they ain’t letting me drive it for now loll. They have other ones I can practice on so abeg pls shut up with that negative ‘she’s gonna crash’ nonsense”

The lucky daughter added that she is grateful for the gift as she thanked God for making her parents the source of her joy, saying she would want to follow in their footsteps of giving.

Though we cannot really tell if she is Nigerian, the lady has the nation’s flag on her Twitter profile. 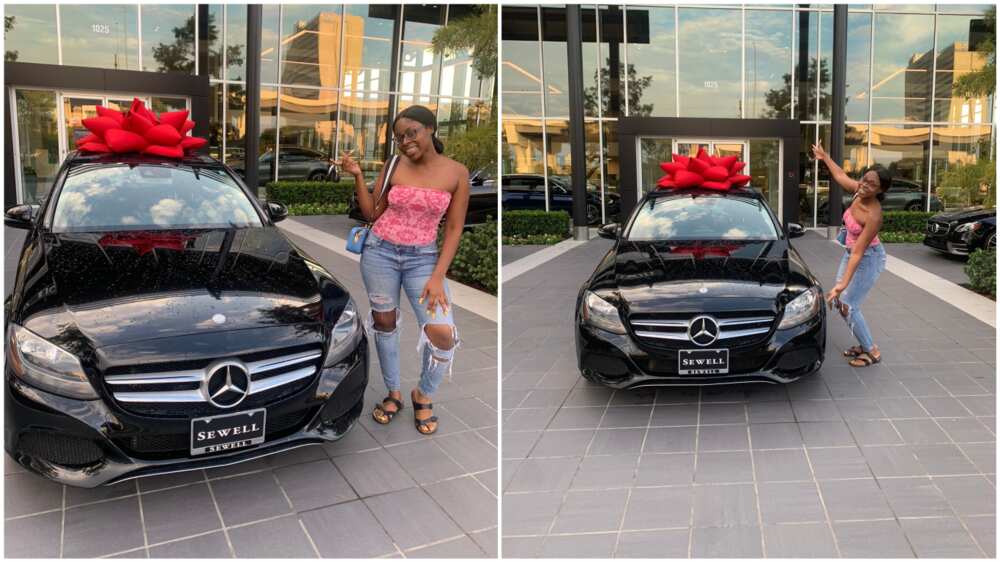 Below are people’s reactions:

Meanwhile, Legit.ng earlier reported that a lady with the Twitter name Belle showed-off the great gift her daddy got her when she graduated college.

The 20-year-old said that when she was in high school, her dad struck a deal with her that he would give her a car if she could graduate on time and with good grades. In a tweet on Friday, May 1, the lady said she achieved it as she graduated at 20 and got her B.A.

The family, also a founder of Sino Biopharmaceutical Ltd, transferred around a fifth of their company’s share capital to their son, Eric Tse, an act that instantly made him one of the richest people.

Would you rather have money or be poor and have a good family? | Legit TV