Gonzalo Higuain is now free to leave Italian club Juventus as new boss Andrea Pirlo has confirmed that the former Real Madrid striker will have his contract with the Italian club terminated.

According to Pirlo, Higuain is free to find a new club as it was gathered that the Argentine had a showdown with the manager during their meeting.

Pirlo said in a press conference:“We’ve decided together with Gonzalo Higuain that he’ll leave the club this summer.

“He’s out of the project and we’re ready to let him go.”

The 32-year-old has scored 66 goals in his 149 appearances since his arrival in Turin, but Juventus are desperate in getting his huge £6.7million annual salary off their wage bills.

It is however gathered that Higuain has told the club he would only leave on the condition that he is paid.

Higuain’s contract with the Italian club was not set to expire until 2021 £6.7m in wages he is due for the remaining year of his contract. 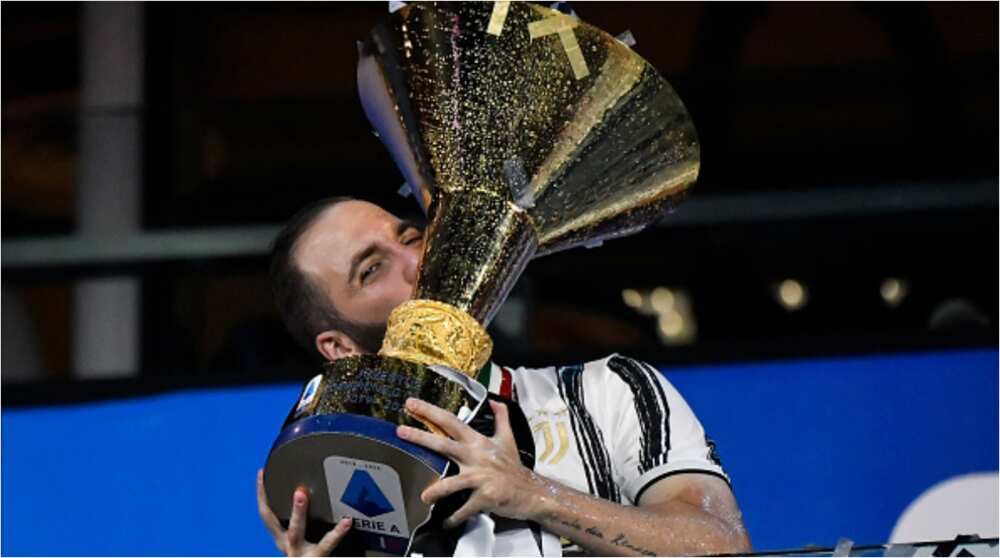 Andrea Pirlo is already taking decisive measures even though he is yet to manage an official game since becoming the Juventus boss.

Sami Khedira’s has been terminated earlier and this makes it three players that will be leaving the club in just about a week as Blaise Matuidi earlier left to join David Beckham’s Inter Miami in MLS.

The Sun are reporting that football journalist Fabrizio Romano disclosed that exit talks are ongoing as Higuain and Khedira now seek a payout.

Legit.ng earlier reported that Barcelona are reportedly planning to offload most of their players this summer after their disappointing defeat to Bayern Munich.

The Catalans president Josep Maria Bartomeu confirmed the news, adding that just seven players will not be put up for sale.