– The APC governorship candidate in Edo state, Ize-Iyamu, has accused Edo deputy governor, Philip Shaibu, of masterminding the attack at an APC rally

– The deputy governor, however, denied the allegations, claiming he was also attacked by some APC thugs

Pastor Osagie Ize-Iyamu, the governorship candidate of the All Progressives Congress (APC) and the deputy governor of Edo state, Philip Shaibu, have traded blames over gunshots fired during a rally at Jattu in Edo North Senatorial District.

The Nation reports that Ize-Iyamu who spoke through the chairman of Edo APC Media Campaign Council, Prince John Mayaki, accused Shaibu of mobilising the thugs behind the violence. 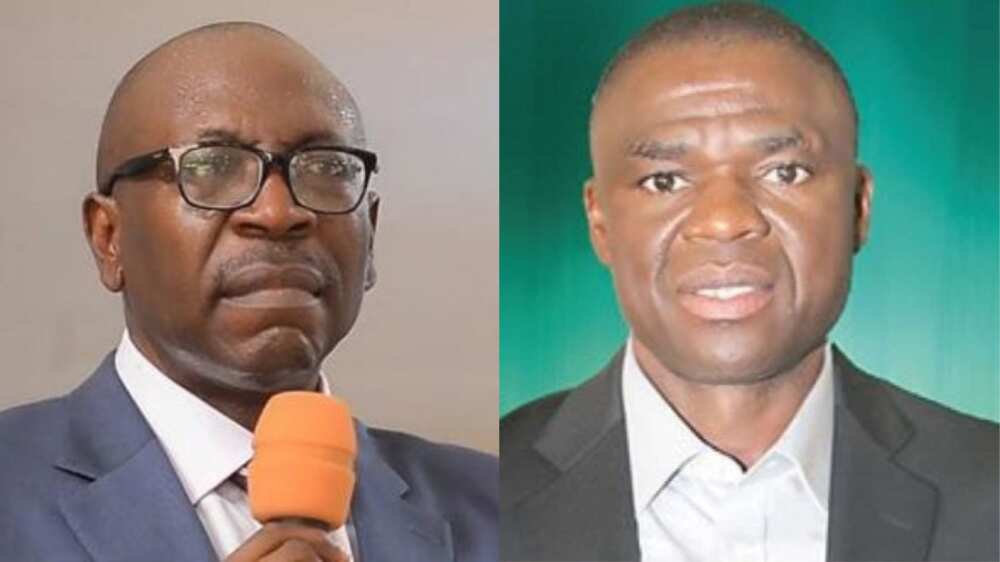 “Edo deputy governor masterminded the attack and invasion. The thugs were hired and lodged in hotels by Shaibu who preceded the carefully-planned attack with a false petition to the police to deflect attention from himself and blame the violence on others,” Ize-Iyamu said.

Meanwhile, the deputy governor has also reacted to the allegation through his senior special assistant on media, Benjamin Atu.

He said: “The allegations are not true. Edo Deputy Governor was in the house of the late Speaker of Edo House of Assembly, Hon. Zakawanu’s for the 40 days prayer in line with Muslim practice. How can a man in prayer session with others be accused of such allegations?

“Ize-Iyamu lies to survive. He spins lies like rain. One day, one lie. Is that the kind of life he has fashioned out for himself?

“Today, four PDP members were gunned down in Agbede, Edo State by APC thugs at a PDP rally. Even the deputy governor’s campaign vehicle was attacked.

“The victims are in Irrua Specialist Teaching Hospital in Edo State. Ize-Iyamu has the attitude of always being the first to cry.”

Legit.ng earlier reported that the fate of Edo state incumbent governor, Obaseki, Pastor Ize-Iyamu, and 12 other candidates in the September 19 gubernatorial election will be determined by 1,726,738 voters.

According to the Independent National Electoral Commission (INEC), 1.7m residents out of 2.1 million registered voters will participate in the forthcoming state election.