– Malami said this on Tuesday, August 25, through his media aide, Umar Jibrilu Gwandu

Attorney-General of the Federation (AGF) Abubakar Malami has spoken on the extent of his powers over the Economic and Finacial Crimes Commission (EFCC).

Malami on Tuesday, August 25, stated that he does not need additional legislation to supervise the affairs of the EFCC, PR Nigeria reports.

The AGF made it clear that section 43 of the EFCC Act already empowers him to “make rules or regulations with respect to the exercise of any of the duties, functions or powers of the commission…” 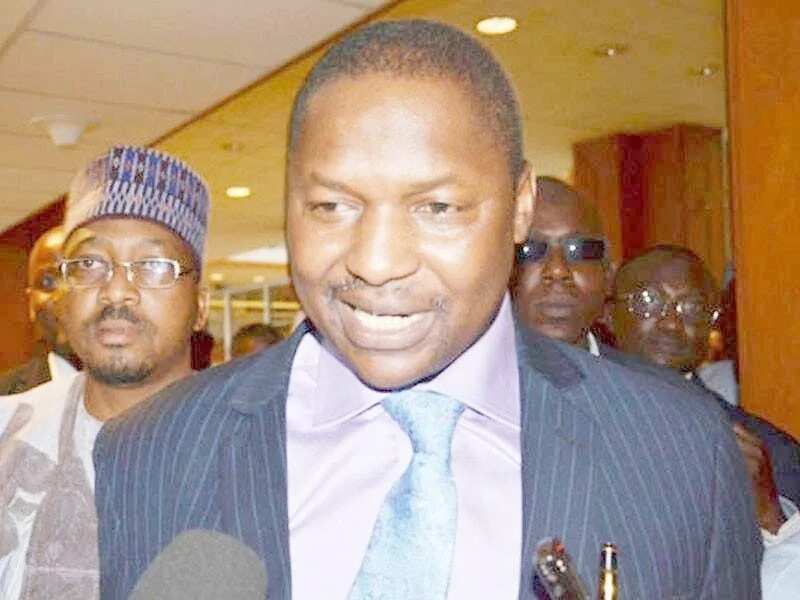 In a statement made by his media aide, Umar Jibrilu Gwandu, Malami maintained that he does not need the legal backing of the National Assembly to carry these functions.

The statement partly read: “It is trite to say that by virtue of the extant laws of the land as well as rules and legislations governing the conduct of the governmental operations, the Attorney-General of the Federation has indisputable statutory powers to regulte the operations of the commissions without recourse to any additional legislations.”

Meanwhile, Legit.ng reported that President Muhammadu Buhari had been advised to sack and replace Ibrahim Magu, the suspended acting chairman of the EFCC.

The recommendation was made by the presidential panel chaired by Ayo Salami in a fresh report submitted to President Buhari.

Top among the accusation made against Magu was the allegation that he has failed to declare his assets since he was appointed to man the office in 2015.

In another development, Malami denied the corruption allegations levelled against him by a coalition of civil society organisations (CSOs).

The civil society organisations had called for the sacking of Malami over allegations of corruption and insubordination.