– Nigerians have been warned against Ninido seasoning cubes

– According to the Customs, the products have expired since 2019

– The products were imported from the neighbouring Niger Republic

The Nigeria Customs Service (NCS) has issued a warning to Nigerians against purchasing expired “Ninido seasoning cubes”. NCS says the products had expired since June 28, 2019.

In a memo dated August 19 and signed by Hassan Sabo, comptroller (enforcement), NCS, noted that the products had expired since June 28, 2019.

According to the document, titled “Re: Circulation of Expired Seasoning Cubes across the Country”, and addressed to zonal and sector coordinators, the products were believed to have been imported from Niger Republic.

“The CGC is in receipt of intelligence information that revealed ongoing distribution/sales of expired seasoning cubes with the trademark, ‘Ninido Cube’ by some marketers across the country. Some of the these food condiments were recently spotted at Gumel LGA of Jigawa State,” the memo read.

“The product, believed to have been imported from the neighbouring Niger Republic, has expiration date of 28th June, 2019, and is currently being sold at the central market, Gumel, by some retailers.

“The importation of exported food/items and other contraband goods into the country through the porous international borders constitutes huge economic and health challenges. This is even as recent analysis indicated that some developed nations are targeting West African sub-region to dump some of these products without recourse to the attendant implication.

“The CGC has directed that you are to put all measures in place to ensure that officers are at alert to watch out for these expired seasoning ‘Ninido Cubes’ and smugglers for possible arrest and persecution.” 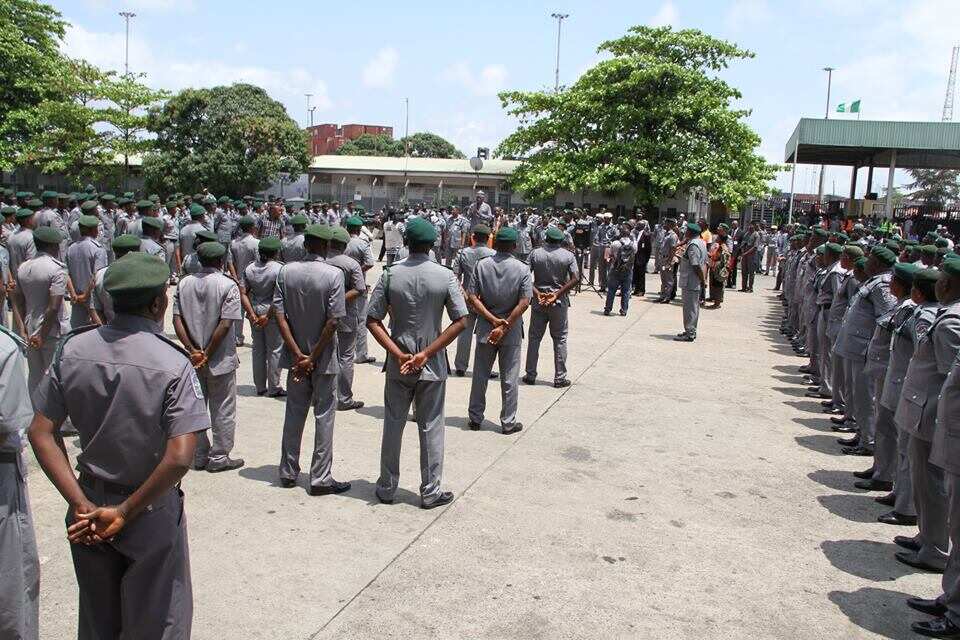 Nigerians have been warned against Ninido seasoning cubes
Source: UGC

Meanwhile, Legit.ng had reported that the Economic and Financial Crimes Commission (EFCC) has secured the conviction of two Lebanese citizens after they both pleaded guilty to a separate one-count charge of money laundering.

The anti-graft agency told the Federal High Court sitting in Port Harcourt, Rivers state that Chamseddine Waell Mohammed and Dina Jihad Khalil were arrested for attempting to smuggle a total sum of $890,000 out of Nigeria.

In other news, following the prosecution of the EFCC, a Lagos state special offences court has sentenced an internet fraudster, Abiona Akinyemi Festus to two years imprisonment.

The prosecution of Festus by the EFCC came after the Federal Bureau of Investigations of the United States (US) appealed to the commission to arrest him on the basis of his alleged involvement in a multi-million naira fraud, PR Nigeria reported.

One of the charges against the suspect was that he used a fake email address in 2011 to withdraw the sum of N5,950,000 from retirement accounts operated by an insurance company for public workers in the US.