– A prominent APC chieftain, Frank Osayande, has crossed to the PDP ahead of the Edo state guber election

– Osayande reportedly defected alongside over 3,000 other members of the party to defect to the PDP

Ahead of the Edo state governorship election, the All Progressives Congress (APC) has reportedly lost some of its key members to the Peoples Democratic Party (PDP).

The Sun reports that an APC chieftain in Ward 9, Okokhuo, Ovia North-East local government area, Frank Osayande, led over 3,000 other members of the party to defect to the PDP.

Legit.ng gathers that the defectors declared their support for the re-election bid of Governor Godwin Obaseki. 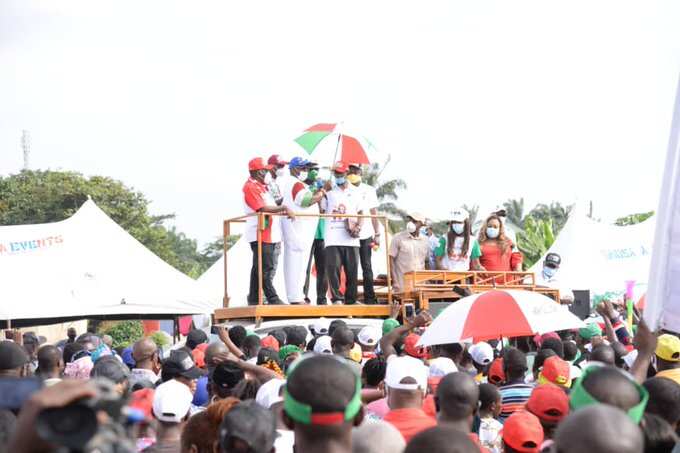 They were received by the chairman of the Edo state PDP campaign council, Chief Dan Orbih, during the campaign rally of the party in the affected ward.

Osayande said he decided to join the PDP because of the achievements of the Obaseki-led administration.

His words: “I have decided to join the PDP because the governor is doing well for the people, though there are enemies of the state against him.

“I told my members right from day one that anywhere Obaseki goes, we will all go. I can’t remain in an empty party, the APC.

“So, it is on this note that I decided to join the PDP with over 3,000 others so that we will be able to deliver the governor in Okokhuo Ward 9.”

Legit.ng earlier reported that the fate of Edo state incumbent governor, Obaseki, Pastor Osagie Ize-Iyamu, and 12 other candidates in the September 19 gubernatorial election will be determined by 1,726,738 voters.

According to the Independent National Electoral Commission (INEC), 1.7m residents out of 2.1 million registered voters will participate in the forthcoming state election.

Meanwhile, the Edo state chapter of the APC has called on the Nigeria Police Force to immediately arrest and prosecute Mr Kabiru Adjoto and Osaigbovo Iyoha, both of whom are senior aides of Governor Obaseki.

At a press briefing on Tuesday, August 25, Colonel David Imuse, the Edo APC chairman, said the duo should be arrested over their alleged involvement in the hiring of armed thugs in the invasion of the Edo Assembly complex earlier this month.