– The actress noted that she would live her life very well

Nollywood actress Yvonne Jegede has taken to her social media page to celebrate her birthday. The actress clocked 37 on Tuesday, August 25.

In the mood of celebration, the mother of one shared a lovely African warrior-inspired photo to mark her big day. In the photo, Yvonne was dressed from head to toe as an African warrior with a spear in her right hand.

According to the actress, the photo celebrates the strong woman she has become.

Noting that she is a hard nut to crack, the film star stated that life has shaped her and the more she absorbs the lemonade she has made from the lemons life has thrown at her, the more she wants to smell the roses. 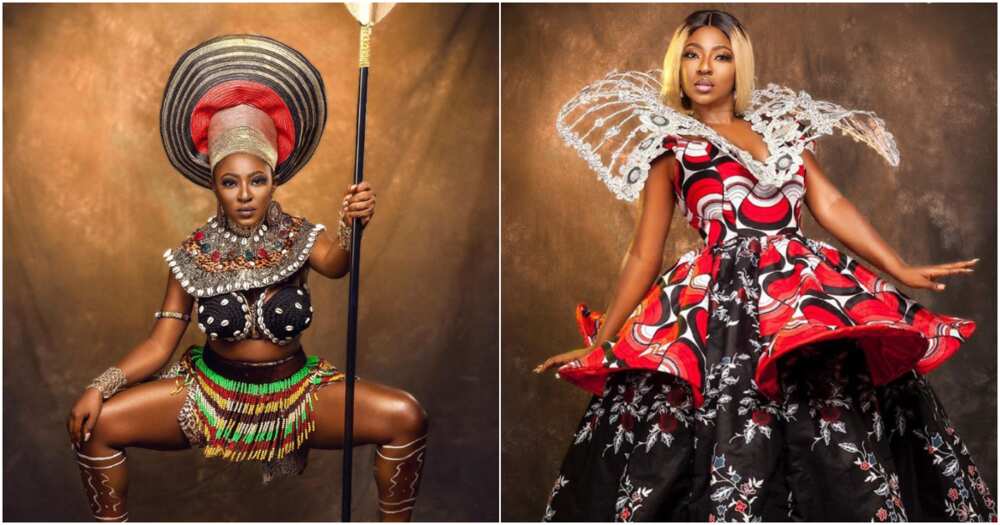 She also stated that the more she also wants to take a walk in the park with her son Xavier or sit under the sun sipping on a cup of pinã colada on an island.

According to her, she is indeed grateful for life. The actress went on to note that she will live her life and also live it very well.

Yvonne stated that she is the true African queen.

In another photo, she was dressed as a beautiful African princess as she was donned in a lovely Ankara ball gown. She shared the photo to appreciate her fans and followers for showing her love on her big day.

In the photos she shared online, the mother of one was seen rocking an African print dress with porcupine accessories on her hair.

The actress revealed that it was the same outfit she wore 16 years ago for the music video of singer 2baba’s 2004 hit song, African Queen.

She appreciated 2baba’s music director Uzodinma Okpechi for giving her the opportunity to be in the African Queen music video.

Most Nigerians dream of spending their next birthday abroad | Legit TV