– However, Man United’s duo of Mason Greenwood and Dean Henderson and Leeds United’s Kalvin Philipps will be making their debuts

– England will begin their campaign on September 5, against Iceland and play Denmark three days later

Gareth Southgate has released his 24-man England list that will execute the UEFA Nations League and Fikayo Tomori and Bukayo Saka have been snubbed.

Chelsea defender Tomori who recently committed his senior international career to the Three Lions did not make the cut.

And high-flying Arsenal star Saka who had a remarkable season with the Gunners was also left out despite the absence of a natural left-back in Southgate’s squad. 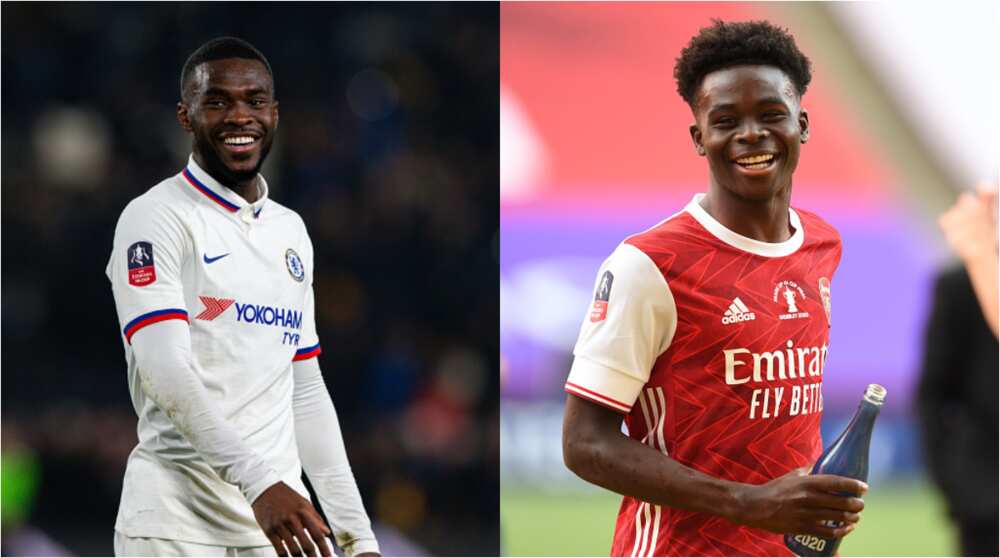 United’s teenage sensation Mason Greenwood was given the nod by Southgate after a brilliant display last season and his teammate Marcus Rashford will also feature in the attack.

Southgate’s side will begin their Nations League campaign away at Iceland on September 5 and take on Denmark three days later.

Meanwhile, Legit.ng had earlie reported that earlier Bukayo Saka has finally opened up about choosing which country he would represent at international level between England and Nigeria.

The Arsenal star has played the British side at the U16, U17, U18 and U19 levels and his recent form for the Gunners this season would see him move straight into the senior team.

And the British-born Nigerian winger has said that it would be a tough choice to pay for either the Three Lions or the Super Eagles.