– According to the military, the airstrikes were carried out after intelligence reports

Airstrikes executed by the Nigerian Air Force on the Island settlements of the Lake Chad in the northern part of Borno state has killed several leaders of the Islamic State of West Africa Province (ISWAP).

The defence headquarters disclosed that the airstrikes were executed by the Air Task Force (ATF) of Operation Lafiya Dole on August 24 after intelligence reports indicated that some ISWAP leaders and fighters had relocated to Sabon Tumbun. 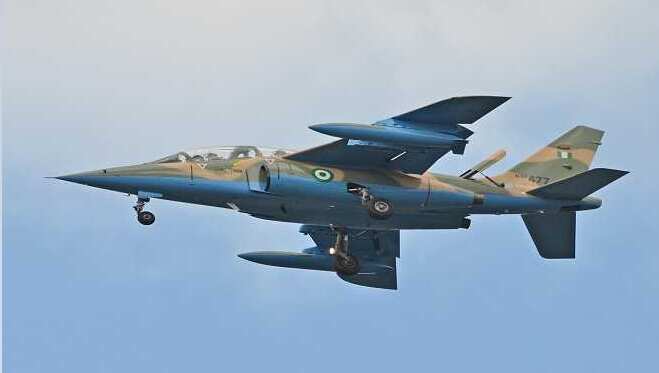 The Airstrikes were executed by the Nigerian Air Force on the Island settlements of the Lake Chad. Photo credits: Nairaland
Source: UGC

The report also disclosed that about 15 high ranking ISWAP commanders along with scores of their fighters were harboured at Kirta Wulgo, which serves as administrative headquarters and training camp for ISWAP.

Following the report, the Air Task Force dispatched fighter jets and helicopter gunships to attack the two locations leading to the elimination of several terrorists.

According to the military, some prominent terrorists’ leaders who were killed in the attack included Abu Imraana, ISWAP naval commander, as well as Mallam Ibrahim and Mallam Abba.

Below is a video of the executed airstrikes:

Meanwhile, Nigeria’s defence minister, Major General Bashir Salihi Magashi (Rtd) has sent an important message to the service chiefs as he marks his one year in office.

A statement by his special assistant on media and publicity, Mohammad Abdulkadir, indicated that he charged the service chiefs and heads of other security agencies to raise the bar of patriotic service to the nation, The Nation reported.

Legit.ng gathered that Magashi spoke during the occasion to mark his one year in office, charging the service chiefs to step up the anti-terrorism war.

In another news, President Muhammadu Buhari has received a commendation for propelling the military into stamping out Boko Haram terrorists across the northeast.

The Middle Belt Conscience Guard (MBCG) said the president deserves hearty encomiums for the rewarding impacts of the anti-insurgency campaigns.

Speaking at a press conference in Abuja on Sunday, August 16, the group’s publicity secretary, Dan Okwa, said the president has not only curbed insurgency in five states in the northeast but also halted the evil virus from spreading into the Federal Capital Territory, Benue, Kogi and up the southwest.