Ronaldinho has been under house arrests for the past six months and reports reveal the Brazilian legend was living his life to the fullest in his luxurious apartment.

The former Barcelona star along with his brother Roberto de Assis were housed at the four-star Palmaroga Hotel in Asuncion, Paraguay after being charged for using fake passports.

And according to reports from Paraguayan news media outlet HOY, Ronaldinho had karaoke and several beautiful girls visiting him in the luxurious hotel which has a rooftop pool, gym and cocktail bar. 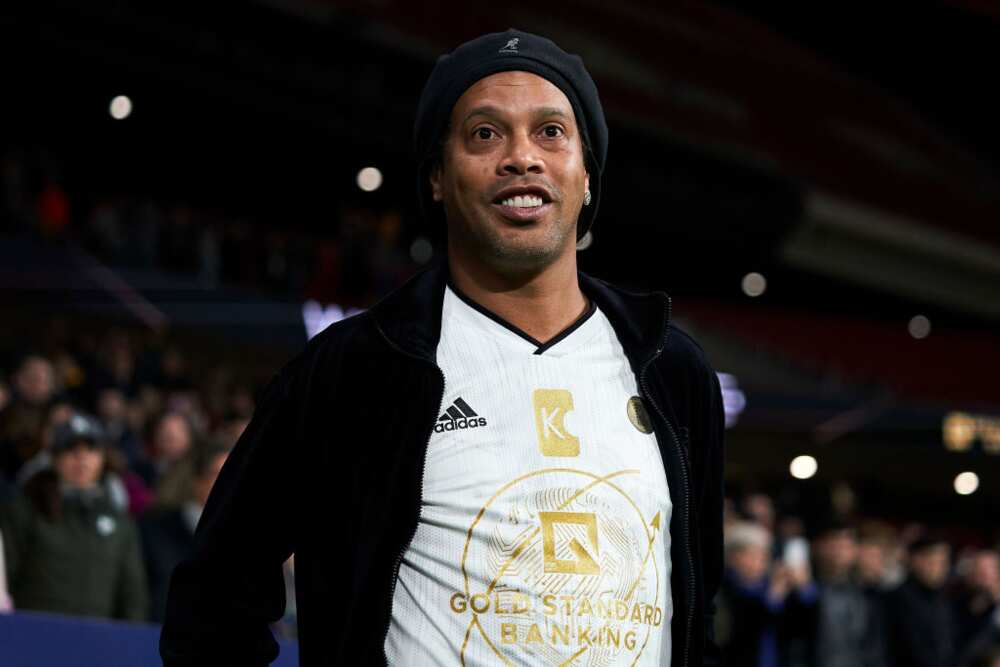 The 40-year-old was keeping his social life intact in the $380 per-night hotel where he hosted several parties with models and was supplied with drinks and gifts as presents.

Ronaldinho and his brother were released from house arrest this week after a prosecutors determined that he did not have any role in getting the fake passports.

Meanwhile, Legit.ng had earlier reported that Ronaldinho has finally been set free from his house arrest by Paraguayan authorities for using a fake passport into the South American nation.

The Barcelona legend and his brother Roberto de Assis Moreira were arrested at the airport in March and were imprisoned for a month before detaining them in a luxury hotel.

The 2002 World Cup winner was traveling to the country to promote a campaign for the less privileged children before he was apprehended.

Legit.ng also reported that Ronaldinho is reportedly ready to come out of retirement to play professional football again.

Reports from Argentina have it that Brazilian legend Ronadinho is reportedly ready to come out of retirement to play under the legendary football great Diego Maradona.

The 40-year-old has not played professional football since his last outing for Brazilian club Fluminense in 2015.