– Manchester United crashed out of the tournament to the Spanish outfit

Bruno Fernandes confronted Victor Lindelof for laxity at the back that led to Sevilla scoring the winner against Man United has emerged.

Man United’s impressive Europa League campaign came to a dramatic halt following their 2-1 defeat in the hands of the Spanish team who eventually won the title.

Ole Gunna Solskjaer has stated that he does not have problems with the face-off between the stars saying it is normal in football.

“Maybe it’s a disappointing goal to concede, and I want those players to be accountable and to put others to account. Then again, the cross got deflected so Brandon was a bit unlucky, Victor just got caught with the ball looping over him after that deflection.

“So I think it was just a bit of frustration that took the boys,” the manager said.

Meanwhile, Lindelof was the hero on Monday, August 24 after he chased a bike-thief who had ripped-off a bag from an elderly woman said to be in her 90s, Sportbladet reports and cited in The Sun.

The 26-year-old United star was said to have been out on a date with his wife Maja at about 10.30am when he saw the hoodlum snatching the bag from the old woman.

It was gathered that the star raced down to apprehend the thief, recovered the bag and held him until the arrival of the police authorities about five minutes later.

A statement read: “The police would like to thank the witness for a rapid and sensible intervention made to restore the plaintiff’s property.”

And a Manchester United spokesperson added: “He ran after the thief and got the bag back without using any violence.

“Victor believes he was just doing what anybody would have done in that situation.” 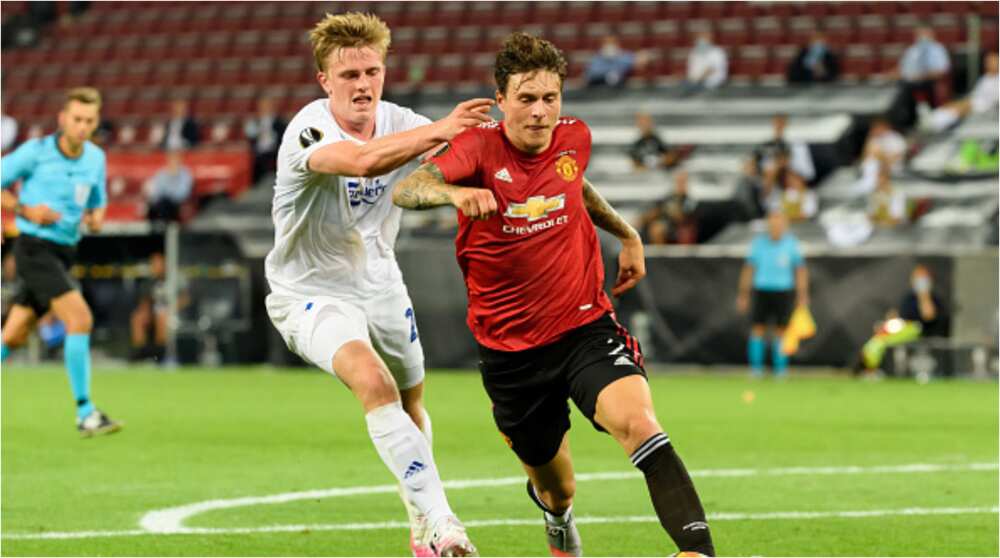 The 16-year-old forward’s deal was confirmed by a sensational Instagram post by his Norwegian club as they describe the youngster as a unique football talent.