– Sani Aliyu, the PTF national coordinator, made this known on Monday, August 24

– Aliyu said that a fine of $3,500 would be imposed on the erring airlines

The Presidential Task Force (PTF) on coronavirus has threatened to slam $3,500 fine on airlines found carrying passengers in breach of international protocols.

The Nation reports that the PTF national coordinator, Sani Aliyu, spoke on Monday, August 24, at a news conference in Abuja.

Legit.ng gathered that Aliyu said the PTF had come to the conclusion that it would now be safe to shorten the isolation period for incoming passengers from 14 days to eight days.

“We are narrowing the period of validity of PCR test from the current 14 days to 7 days from the 29th of August. Preferably, the PCR test should be done as close as possible to the point of departure for Nigeria, preferably from 48 to 72 hours, but we will still accept results that are valid for seven days. 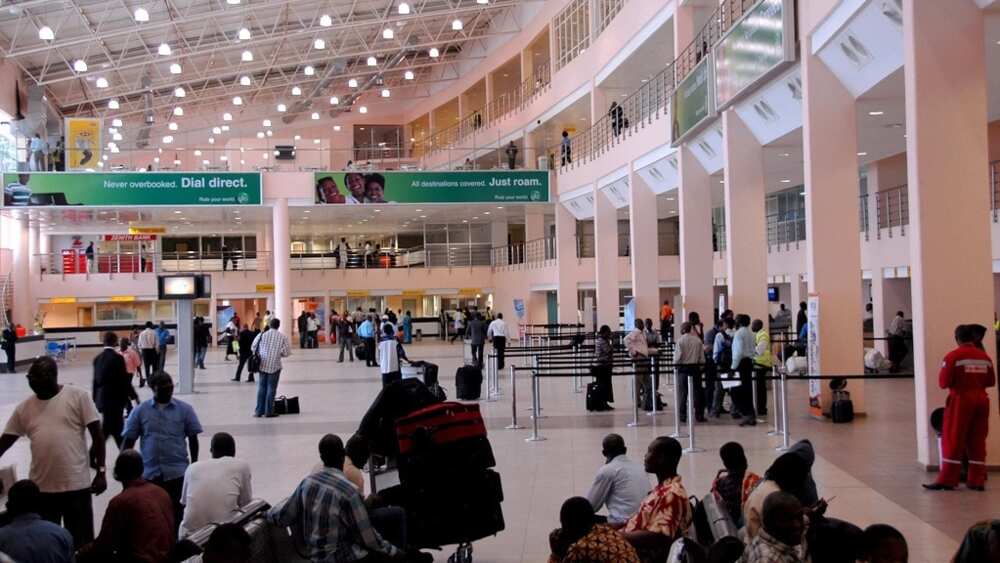 “Prior to boarding, we are currently developing a payment portal. As you are aware, at the moment, the PCR test that we have been doing for evacuated passengers has been sponsored by Aliko Dangote Foundation. We are very grateful for their generosity. We have had more than 13,000 stranded Nigerians brought into the country as a result of this process.

“From the 29th of August, travelers will be required to pay for their COVID-19 test in-country. We are developing a national payment portal, which will be linked to the current Lagos payment portal that is already active,” he said.

Meanwhile, Legit.ng had previously reported that the federal government gave an update concerning the restrictions of international flights.

It was reported that the minister of aviation, Hadi Sirika made clarifications on the issue on Tuesday, July 22.

Sirika, a former senator, was reacting to reports that the restriction of international flights is now Thursday, October 15, as against the Wednesday, August 19 date previously reported.

In another report, the federal government on Monday, July 27, extended phase two of the ease of coronavirus lockdown in the country by another one week.

The Secretary to the Government of the Federation (SGF) and chairman of the Presidential Task Force (PTF) on COVID-19, Boss Mustapha, announced this during a briefing on the pandemic in Abuja, the nation’s capital.

Mustapha said that the extension was due to upcoming Eid-el-Kabir festivities which coincides with the expiration of the current phase of ease of lockdown.