An elderly woman whose bag was snatched in a Swedish city before Victor Lindelof helped her recover it has offered to buy lunch for the Man United defender.

Lindelof is said to have tracked down a thief who robbed the woman in Vastsras, the defender’s home city.

According to a statement from local authorities, the aggressor was riding a bike when he snatched a bag belonging to a woman thought to be in her 90s.

“A man who was in the vicinity is said to have run after the suspected perpetrator, caught up with him and held him until the police arrived at the scene,” a police statement said.

“The police want to take the opportunity and thank the witness for a quick and wise intervention,” the statement added. 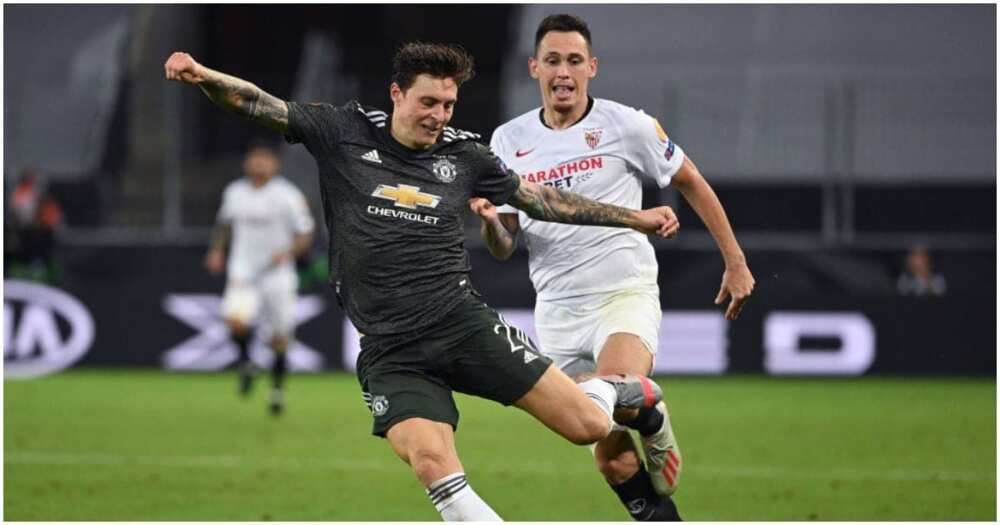 Lindelof’s kind gesture was applauded by the police who hailed him for his quick intervention. Photo: Getty Images.
Source: Getty Images

The cops went on to thank the United defender for his “quick and wise intervention.”

And Lindelof’s heroics now appear to have earned him a free meal from the woman he came to the rescue of.

SunSport citing Aftonbladet reports the victim wants to buy the centre-half lunch as appreciation for his kind gesture.

Lindelof is said to have been in the company of his wife during the incident which saw the thief arrested.

The ex-Benfica star had a spectacular season with the Red Devils, featuring in 35 Premier League matches of the extended campaign.

Earlier, Legit.ng had reported how Brandon Williams extended his deal at Manchester United until 2024 with the option to extend it by another year.

A quick interesting look into the attack on Angela Okorie

The 19-year-old has enjoyed playing time in his breakthrough season under Ole Gunnar Solskjaer, making 33 appearances for the Red Devils.

William who joined the Old Trafford outfit since he was seven-year-old is one of the 12 academy stars to have played under the Norwegian boss this season.

He cemented his places first-choice in the left-back position after Luke shaw was ruled of the season following an ankle injury.