Kenyan socialite Huddah Monroe has revealed the only reason she would dump a man as fast as the minute she met him. According to her, she would not bother to be in a relationship with a man who is stingy.

Huddah, who is controversial with her online posts, made the revelation on her Instagram stories.

The Kenyan socialite stated that she can never leave a man for cheating on her, especially if he is above 40 years old. 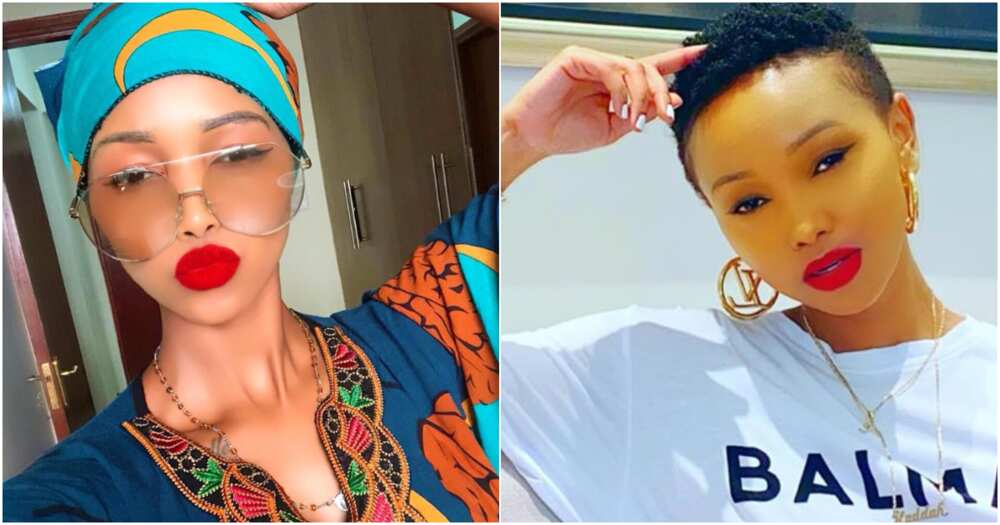 Describing a 40-year-old man as old, the controversial socialite said that such a person cannot want a young woman and be stingy. She urged such a person to pick a struggle.

Huddah went on to ask if old men think that young and beautiful women like them for love.

Read what she said below: 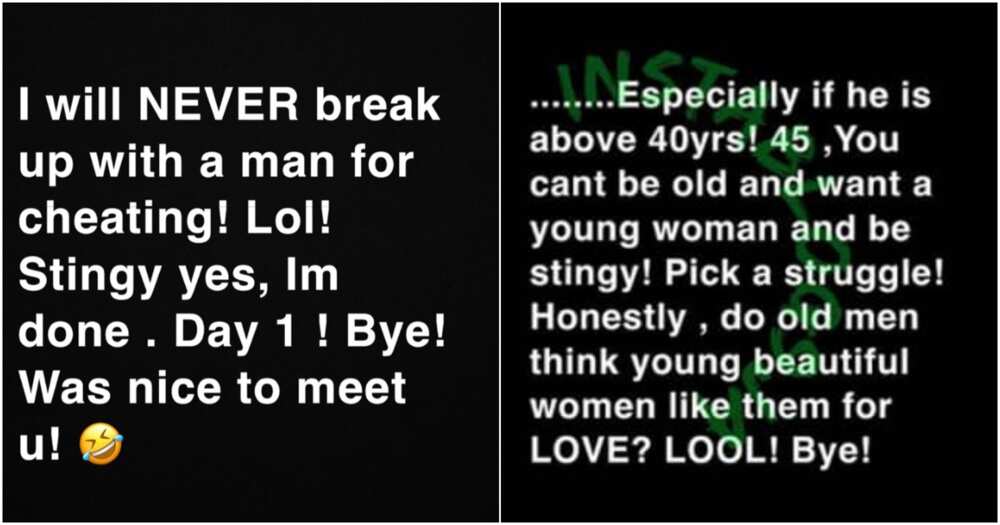 In other news, Legit.ng earlier reported that a woman invited her friends to celebrate her divorce.

The unidentified woman seemed to have called together a party to celebrate the sad ending of her marriage. In the photos online, the woman was seen dressed in a jeans outfit, a silver crown was on her and a black bridal sash rested on her shoulder.

In another photo, she was seen with her friends. The women all put on nightwear. While her friends put on black colour, the lady celebrated her divorce by putting on a different colour.

In another story, a Nigerian man told his fellow men to not worry about being good looking as he noted that women are attracted to more than looks.

According to Abimbola, women have very odd and questionable taste in looks. The young man said he had noticed this himself.