– NIDCOM has comdemned the alleged murder of a Nigeran student, Ibrahim Khaleel Bello, in North Cyprus

– In a swift reaction, Abike Dabiri-Erewa and Shehu Sani demanded justice and warned parents against the country

The federal government has demanded justice for Ibrahim Khaleel Bello, a 25-year-old third year Civil Engineering Nigerian student of Girne American University in Girne (Kyrenia), who was allegedly killed in the North Cyprus.

The plea was contained in a statement by the Nigerians in Diaspora Commission (NIDCOM) following the petition of Justice Amina Ahmad Bello, a judge in Kaduna state High Court who is mother of the victim.

Prior to Bello’s alleged killing in North Cyprus, many Nigerian students were said to have been murdered in mysterious circumstance in the country.

Bello’s death, however, seems to be the last strawl that broke the camel’s back and Abike Dabiri, NIDCOM chairman, has raised an eyebrow against the tragic development. 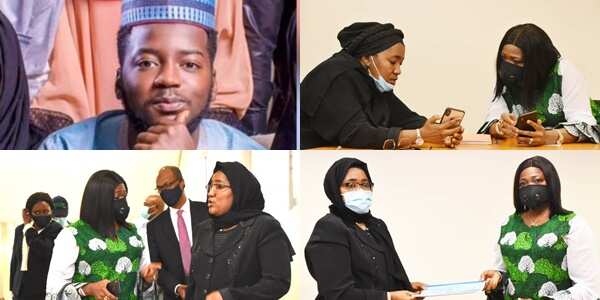 Dabiri-Erewa urged parents against sending their children to Northern Cyprus as the country is not recognised by the United Nations.

Dabiri further added that Nigeria has no diplomatic relationship with the country, adding that North Cprus should be blacklisted.

“The death of Ibrahim khaleel Bello should be a tipping point to end the continuous killings of Nigerian students in that Country.

“The time has come for us to blacklist all these Universities in Northern Cyprus and advise our students from seeking any form of admission there as it portends danger to their life and future,” part of the statement read.

Meanwhile, former Nigerian lawmaker Shehu Sani has described as condemnable the killing of Bello, praying that Allah grant the deceased a Aljanatul Firdaus.

“The murder of the 25 year old Ibrahim Bello Khaleel & others In Northern Cyprus is condemnable.The World is becoming more dangerous,hateful & violent. Even though we are not safer, keep your children at home for first degrees until sanity returns. May Allah grant him Aljanna.Amin,” Sani said in a tweet on Monday.

In a related development, Legit.ng reported that the federal government said it has set the wheel on the move by taking the necessary action following a distress call that Nigerian students in the United Kingdom are being forced to eat expired foods.

A social media user, Sadiq Cyrus, had called the attention of Abike Dabiri-Erewa, chairman of the Nigerians in Diaspora Commission (NIDCOM), to the development.

Libya returnee: A Nigerian sold me with pregnancy to another Nigerian | Legit TV