– In a lengthy post on Instagram, the star of the 2019 edition stated that he only he did that for ‘extra clout’

– Tuoyo who says lying about being a stripper only ended up hurting his brand, added that he is rebranding

When Tuoyo came on stage as a contender during the 2019 BBNaija show to announce that he was a part-time stripper, it no doubt caused a buzz on social media as he was the first male stripper in the house.

Well, it appears just like many other things on social media, he lied for clout. The ex-housemate whose Saturday Night party earned him many highlights due to his sensual dances has come out to confess about lying.

In a lengthy post on Instagram, he revealed that he saw BBNaija as his biggest shot at fame and desperate to stay relevant. So, he lied about being a part-time stripper for the extra clout it would get him. 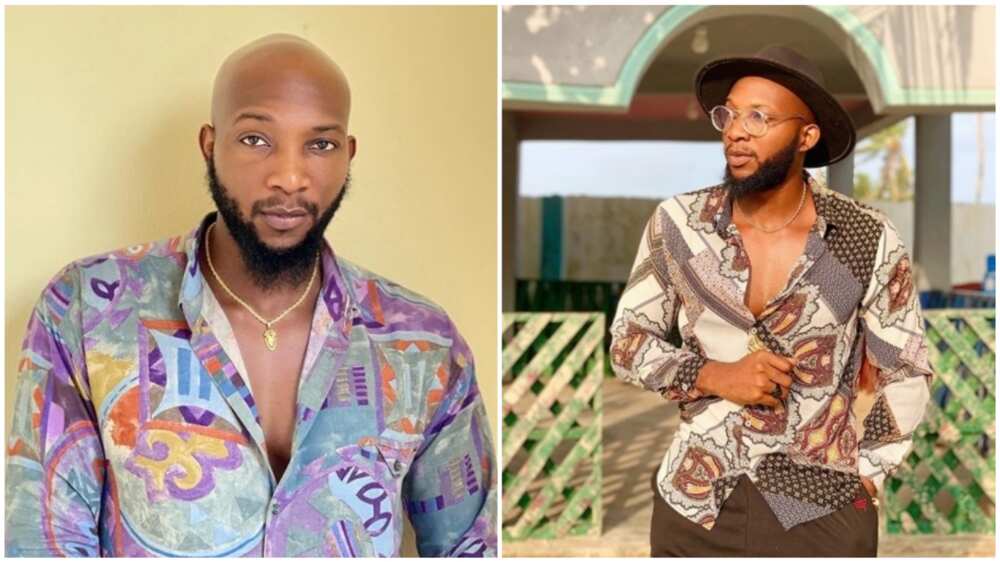 He wrote:“For over a year now I’ve been living a lie. Some people have advised me to go on with it but I fear for my mental health and my future so I’ve chosen to come out.

Big brother was my biggest shot at fame and nothing in the world could have stopped me from grabbing it with both hands but somehow I felt like I wasn’t enough and I needed to do more and BE more in order to stay relevant and to get some extra clout. I was desperate, the magnitude of the competition I was going for even made me more desperate so I attached a tag to myself – “I’m a Part-time Stripper” I said to the whole world.”

However, it turned out that he couldn’t keep up with the fame and discovered that it hurt his brand. Tuoyo announced in the open letter that he is infact not a stripper and will be coming out with the real him soon.

“I got the hype I wanted but it was unsustainable, I couldn’t live up to it because actually that’s not who I am but because I have the body I tried to force it, to push if I could keep living the lie to make it become true but the more I did, the more I regretted. I wasn’t deriving any pleasure and in fact, I felt like I was making a fool of myself so I had to stop. And I’m here to say I’m sorry I lied, no one is perfect, my ultimate strategy has turned back to hurt my reputation and my brand. My name is Tuoyo Ideh AND I AM NOT A STRIPPER. You’ll be meeting the REAL me very soon. Cheers to a new beginning!! #TuoyoRebranded #OpenLetter,” he wrote.

Jermaine Pennant annoys his fans blaming his mother for his misfortunes

Meanwhile, the BBNaija 2020 Lockdown show is no doubt a favourite of numerous fans across Africa as they keep themselves updated with the actions of the housemates.

The show started out with 20 contestants but they have already been trimmed down to 14. In order to escape eviction, the housemates usually hope to win the Head of House game and benefit the perks that come with the position.

Interestingly, Ozo emerged victorious. This would be his second time winning the coveted HOH title. However, unlike his previous reign, the young man chose Nengi to be his deputy.

Recall that Ozo chose his close pal, Dorathy, to be his deputy HOH when he won the title during the third week of the show.

Dammy Krane – Pay Me My Money: you wil not be able to reist this wonderful song!