– The host had earlier on been accused of running a show filled with intimidation, racism and fear behind the scenes

TV personality Ellen DeGeneres has proven to the world that she is not ready to let the recent toxic workplace scandal that rocked her show bring down the entire thing.

The TV host recently disclosed to the world that she will soon be talking to her fans about the issue and laying it bare for everyone who has been following the show before its return. Ellen DeGeneres said she will talk to her fans about the scandal soon. Photo: UGC
Source: UGC

This, Ellen revealed while answering a paparazzi who had asked her how her show will be following the exit of three top producers.

Ellen did not address the exit of executive producers Ed Glavin and Kevin Leman and co-executive producer Jonathan Norman, but made it clear that she will be addressing her fans on the scandal soon.

“I will be talking to my fans,” DeGeneres, said in a video posted online by the Daily Mail.

Her statement comes just days after she offered her staff extra benefits in a bid to shut down allegations of a toxic work environment behind the scenes of her popular daytime show. 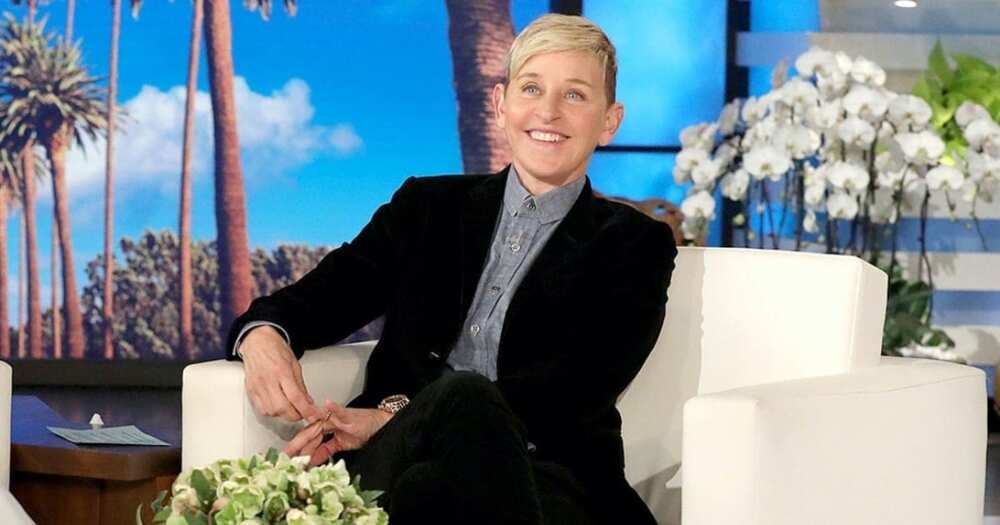 Some of Ellen staff had complained of racism, intimidation and other bad things behind the scenes. Photo: UGC
Source: UGC

As earlier reported by several media outlets, Ellen has been on a roll trying to do damage control following an explosive expose in which former and current employees accused the host of allegedly creating a toxic environment behind the scenes of the show.

The complainants vehemently claimed the set of Ellen’s show was filled with intimidation, racism and fear.

In other news, Legit.ng reported that three top producers were sent packing from the Ellen DeGeneres Show following claims their boss provides a toxic work environment.

On Monday, August 17, employees were informed during a staff meeting that three of their workmates were no longer part of the team.

According to The New York Post, Ellen addressed her staffers through a video conference call. The three producers who lost their jobs had been with the show for 17 years since its first episode.

A source close to the show host claimed their boss was heartbroken over the accusations made by her employees over the past weeks.