The Edo Modular Refinery being developed by Edo Refinery and Petrochemical Company Limited (ERPC) with support from the Edo state government has applied to the Nigerian National Petroleum Corporation (NNPC) to supply it crude for use in the phase one development of the facility.

The ERPC, in a statement by its chairman, Michael Osime, said the refinery has reached an advanced stage of development where the operators now have to introduce hydrocarbons to the facility.

Osime said discussions are also ongoing with marginal field owners for crude supply as the refinery is designed to use various grades of crude. 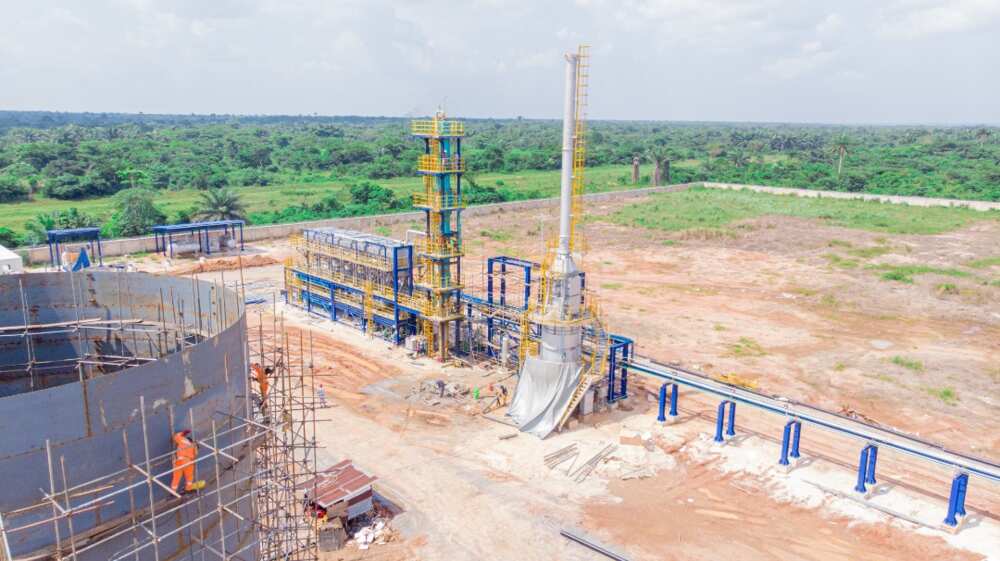 His words: “Following the gains in the first phase of the refinery, AIPCC Energy Limited has commenced plans to build 30,000 barrels per day refinery as an expansion.

“The Peiyang Chemical Equipment Company Limited and AIPCC Energy Limited are committed to providing most of the funding for the expansion.

“On expansion, the refinery would increase the refining capacity in Nigeria and meet 18 per cent of the local demand for diesel in Nigeria.”

The Edo Modular Refinery is an offshoot of the Governor Godwin Obaseki-led administration’s drive to recalibrate the state’s economy for industrial growth.

Legit.ng gathered that the project benefited from a N700million project support fund and a Memorandum of Understanding with Tianji University, which paved the way for its accelerated development.

Meanwhile, special adviser to Edo state governor on media and communication strategy, Mr Crusoe Osagie, has said that the All Progressives Congress (APC) has been having sleepless nights after being confronted with the achievements of Governor Godwin Obaseki.