Chelsea are in the market for a new goalkeeper and Lille shot-stopper Mike Maignan has reportedly being on their list for a while, Sky Sports cliam.

Kepa Arrizabalaga produced his worst career performance in between the sticks for the Blues last season, conceding cheap goals in the process.

The Spanish goalie was signed from Atletic Bilbao in 2018 for a club record £71million during Maurizio Sarri’s spell as Blues boss. 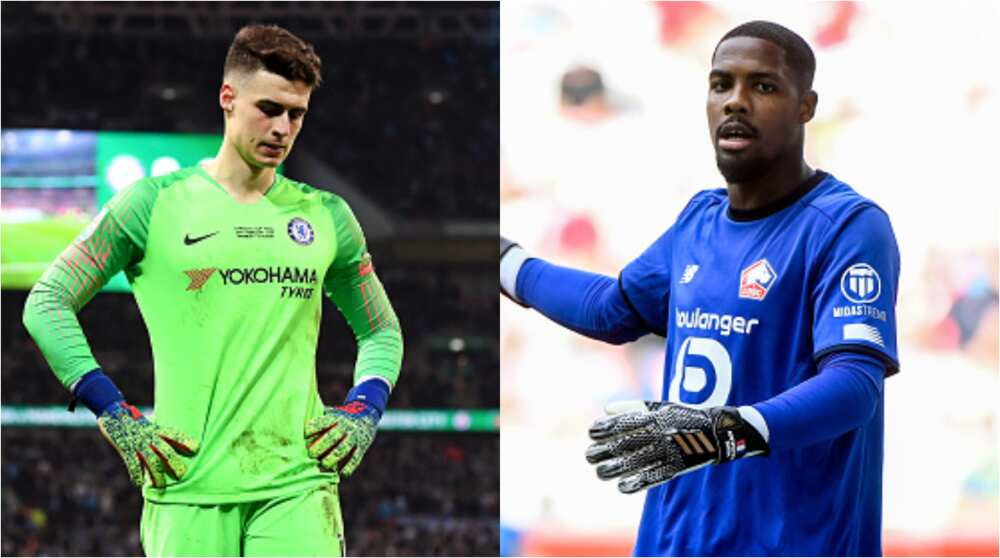 And despite using Willy Caballero towards the end of the season Frank Lampard has not been able to solve his goalkeeping problems.

The Argentine played in a crucial final-day win over Wolves at Stamford Bridge, which secured Champions League spot next campaign, before featuring in a 2-1 FA Cup final defeat to Arsenal.

According to Brtiish news media outlet Sky Sports, Maignan who has been consistent for Lille in the past three seasons has been linked with the west London club.

The 25-year-old French goalkeeper is currently valued at £27m and would be a cheaper alternative to £50m-rated England international Nick Pope.

Meanwhile, Legit.ng had earlier reported that Atletico Madrid goalkeeper Jan Oblak has not ruled out a potential summer move to Chelsea.

Oblak is wanted at Chelsea as a permanent replacement for Kepa Arrizabalaga who has been underwhelming this season.

Arrizabalaga appears to have lost the faith of Frank Lampard after a string of blunders and poor performances.

Legit.ng had also reported that Nicolas Tagliafico has aroused the interest of Premier League giants Chelsea in the summer, according to Sky Sports.

The Blues are in desperate need of a left-back ahead of the next season and the west London club are yet to agree to a fee for Leicester City star, Ben Chilwell.

Tagliafico scored five goals with the same number of assists for the Amsterdam club in their impressive last campaign.