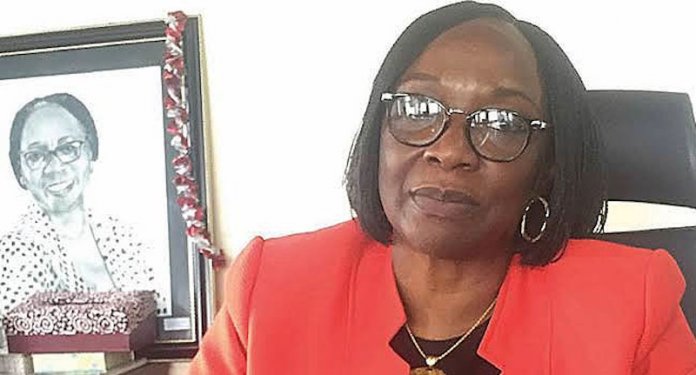 The Senate of the University of Lagos, Akoka, Monday, appointed the Deputy Vice-Chancellor (Development Services), Professor Folasade Ogunsola, as its acting vice-chancellor.

She is the first female to be so appointed in the history of the 58-year-old institution.

Ogunsola, a professor of Medical Microbiology and first child of Nigeria’s first professor of Geography, Akin Mabogunje, was also the first female provost of the University’s College of Medicine, Idi-Araba.

During a senate meeting held earlier to appoint an acting VC as mandated by President Muhammadu Buhari.

Ogunsola defeated her opponent and a Deputy Vice-Chancellor in charge of management services, Professor Ben Oghojafor, with a wide margin. She scored 135 votes as against Oghojafor’s 31 among the senate members.

A total of 167 professors were accredited to vote while one vote was voided.

In her acceptance speech, Prof. Ogunsola, who is also the chairperson of Infections Control Africa Network, and member of the Lagos State COVID-19 task force, thanked the professors for entrusting her with what she described as a huge responsibility.
She was quoted as saying; “Electing me the acting vice-chancellor at such time the university is going through so much is a big task. But it is a task for all of us, and I appeal to you to help rewrite the story of this great university for good.