Claudia Conway, the 15-year-old daughter of Kellyanne Conway, a senior adviser to President Trump and one of his longest-serving aide, has declared she wants to legally divorce her mum after learning that her mum is scheduled to speak at the upcoming Republican National Convention. 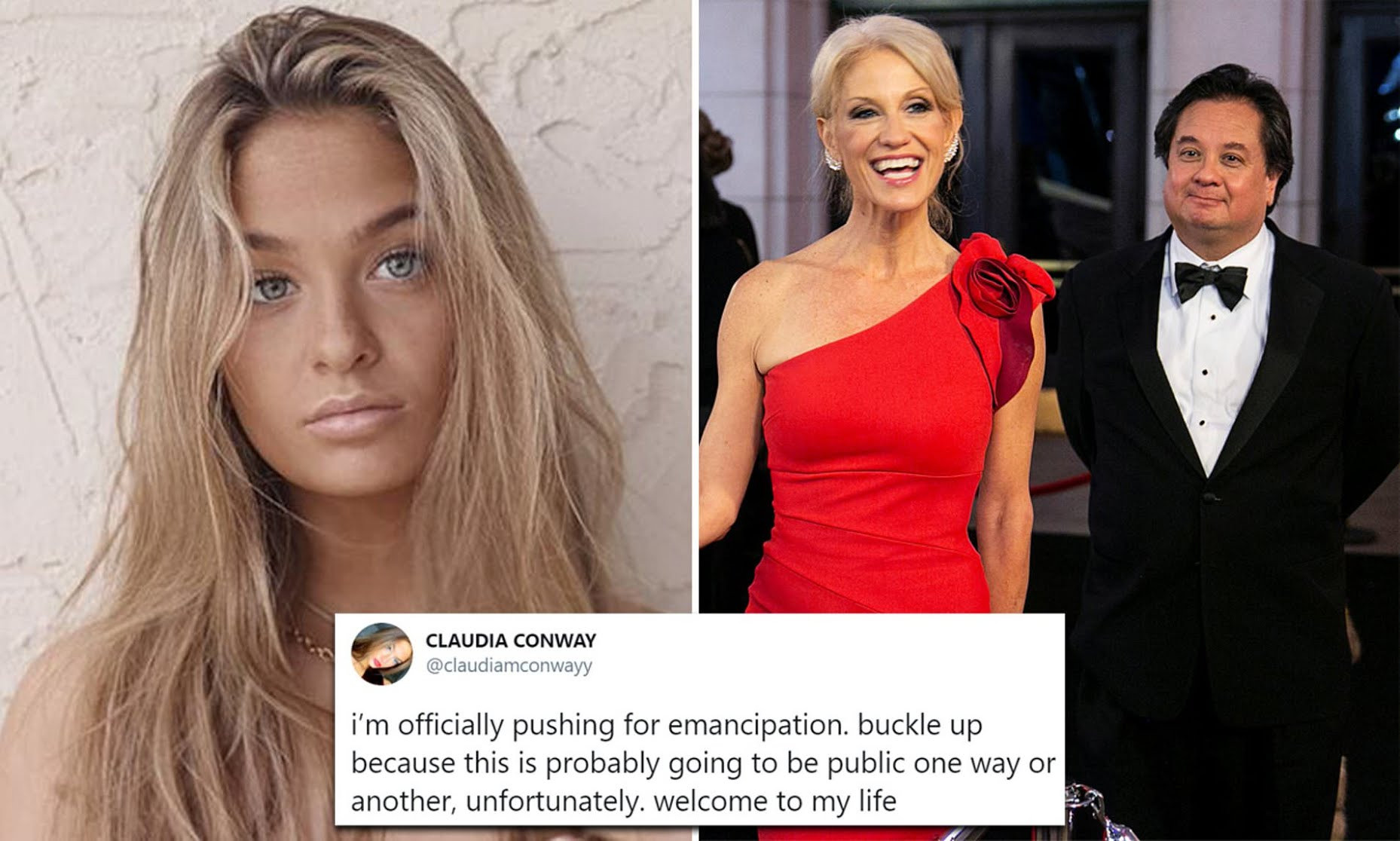 Claudia made the bombshell announcement on her Twitter handle as she denounced her mother’s job as “all about money and fame”.

While Kellyanne (pictured below) works alongside and supports Trump, her husband George has publicly feuded with the president. In a series of tweets, Claudia revealed she hated her mom’s job and support for Trump and announced her decision to go to court and divorce herself from her parents via a legal process known as “emancipation”.

Writing to her 253,000 followers she said: “I’m devastated that my mother is actually speaking at the RNC. Like DEVASTATED beyond compare.

“Buckle up because this is probably going to be public one way or another, unfortunately. Welcome to my life.

“My mother’s job ruined my life to begin with.
“Heartbreaking that she continues to go down that path after years of watching her children suffer. Selfish. It’s all about money and fame, ladies and gentlemen.” Her push for a divorce from her parents comes after she asked progressive Democratic New York Rep Alexandria Ocasio-Cortez to adopt her.

The teen, who supports Joe Biden, has unleashed several attacks at her mom, dad and Trump on social media this summer.

Her mum, Kellyanne served as Trump’s campaign manager during the 2016 election before she became a senior White House adviser.