– Among prominent persons in the opposition party the governor is reportedly trying to get to his side are Olusegun Obasanjo, David Mark, and Theophilus Danjuma

In a bid to actualise his 2023 presidential ambition, the governor of Sokoto, Aminu Tambuwal, has started making serious consultations with Nigeria’s political bigwigs.

According to This Day, most of the prominent politicians Governor Tambuwal has met to realise his dreams are on the platform of the Peoples Democratic Party (PDP).

The online newspaper reports that David Mark, a former Senate president and Theophilus Danjuma, who had served as a minister of defence, are among those the governor spoke with recently.

Moreover, the northern governor has reportedly tried to get Olusegun Obasanjo on his side as he fosters his mission. 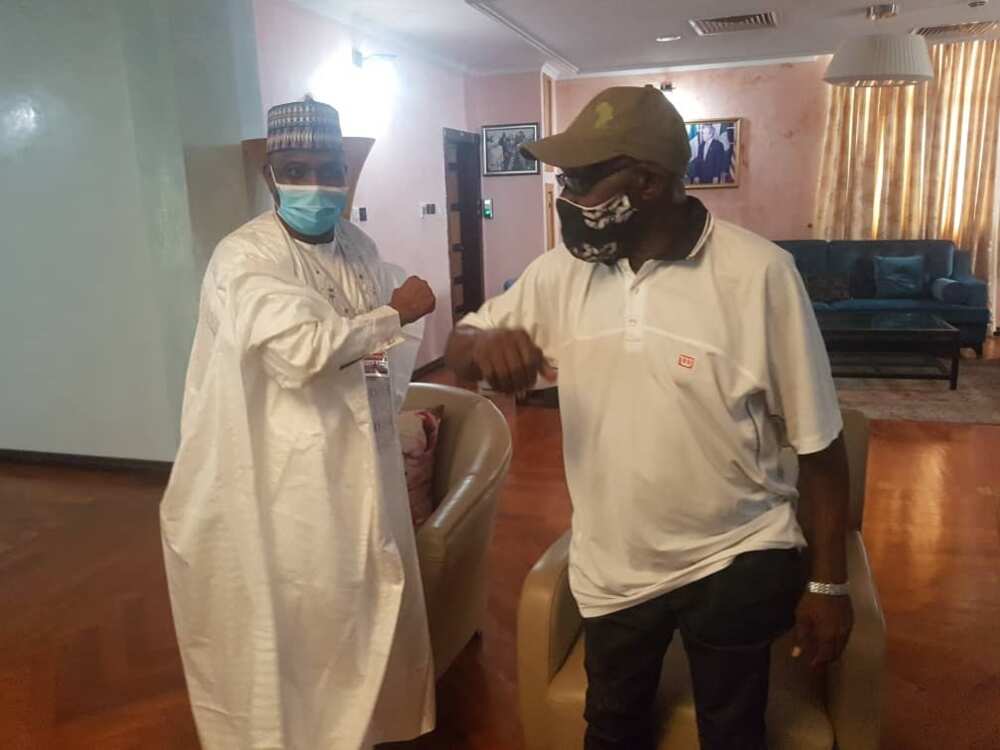 Quoting the governor, Akinyemi said: “You know Baba is our leader, statesman. And it is always good for us to come around to see how he is doing, pay homage and consult him on many issues of governance.

That is why we have come this afternoon. And, we brought him the greetings and felicitations of the good people of Sokoto state.”

Added to this, the PDP’s National Working Committee (NWC) has made it clear that it is yet to decide on the party’s zoning arrangement for the 2023 presidential ticket.

This was disclosed in a statement made available to Legit.ng by Akinyemi.

According to the statement, Governor Tambuwal described Obasanjo as a statesman who is still relevant for consultations on issues of governance and challenges of the country.

In another development, a group of lawyers asked the Nigeria Bar Association (NBA) to withdraw the invitation of Obasanjo and Nyesom Wike, governor of Rivers state, as speakers for the conference.

Legit.ng gathered that the lawyers, under the umbrella of the Radical Agenda Movement in the Nigerian Bar Association (RAMINBA), said both Obasanjo and Wike had acted against the rule of law.

Jonathan, Obasanjo, two other ex-presidents and their most famous achievements | Legit TV