– Nzuko Umunna, an Igbo socio-cultural group has accused security operatives in the country of high-handedness

– According to the group, force is always applied by the security agents when dealing with Igbo youths

Nzuko Umunna, an Igbo socio-cultural group has condemned what it described as the constant killing of unarmed Igbo youths by security operatives.

The group gave this stance while reacting to the killings that occurred on Sunday, August 23 at Emene, Enugu state involving some Igbo youths and operatives of the Nigerian Police, Department of State Service (DSS) and Nigerian Army.

Nzuko Umunna noted that the killings took place when security operatives invaded a peaceful meeting of the youths. 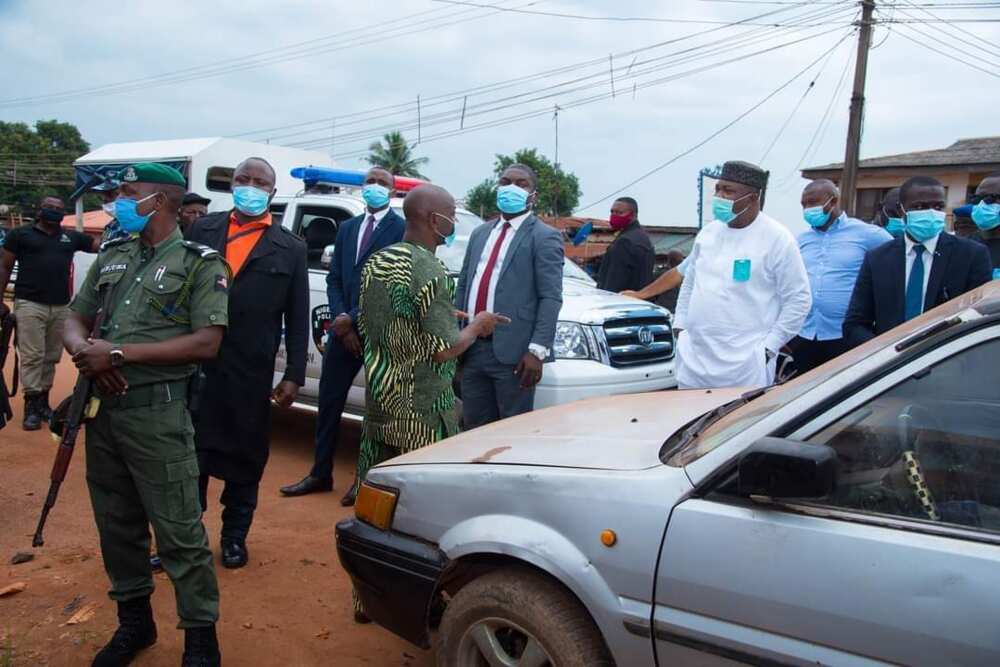 Governor Ugwuanyi of Enugu state during his visit to the scene of the incident. Photo credit: @iamkennethcole
Source: Twitter

In a statement on Monday, August 24 signed by Ngozi Odumuko, coordinator and Paschal Mbanefo, secretary, Nzuko Umunna, said it received the report with shock and deep concern.

“We note with grave concern the constant killing of unarmed Igbo youths by security operatives. This is unacceptable and must stop. However, we urge Igbo youths to refrain from retaliatory attacks.

“It is noteworthy that extra-judicial killings are a violation of the right to life as enshrined in Section 33 of the Constitution of the Federal Republic of Nigeria 1999; Article 4 of the African Charter on Human and Peoples Rights (ACHPR), and Article 6 of the International Covenant on Civil and Political Rights (ICCPR),” the group said.

It commiserated with all the families that lost their loved ones in the latest bloodletting.

Nzuko Umunna, however, commended the Enugu state governor, Ifeanyi Ugwuanyi for his prompt visit to the scene of the extra-judicial killings.

“In particular, we urge the governor to set up a judicial panel of inquiry to unravel the immediate and remote causes of these wanton killings including the exact number of victims, with a view to bring the perpetrators to justice,” the group stated.

The group urged the South East Governors Forum (SEGF) and the South East Joint Security Committee to urgently activate the long-awaited regional security network to reassure citizens on the security of lives and property.

The group also called on the chief judge of Enugu state, Honourable Justice Priscilla Emehelu to urgently convene a coroner’s inquest on the recent killing.

Legit.ng had reported that the Department of State Services (DSS) accused members of the outlawed Indigenous People of Biafra (IPOB) of attacking and killing two of its personnel.

A spokesperson for the DSS, Peter Afunanya in a statement on Sunday, August 23, said the attack occurred in Emene in Enugu state.

Afunanya described the attack as unprovoked, noting that efforts are being made to ensure the killers face justice.

The police stated that the attack occurred when operatives were deployed to disperse over 500 members of the group who converged for a meeting at a school’s premises.