– The Ligue 1 Champions will cash in a staggering £121million in TV revenue, with Bayern set to walk home with £117.3m

Paris Saint-Germain will bank an eye-watering £121million from the Champions League despite suffering a 1-0 defeat to Bayern Munich in the final.

This is despite the French giants missing out on the title following their Sunday night, August 23, defeat in the finals played in Lisbon. 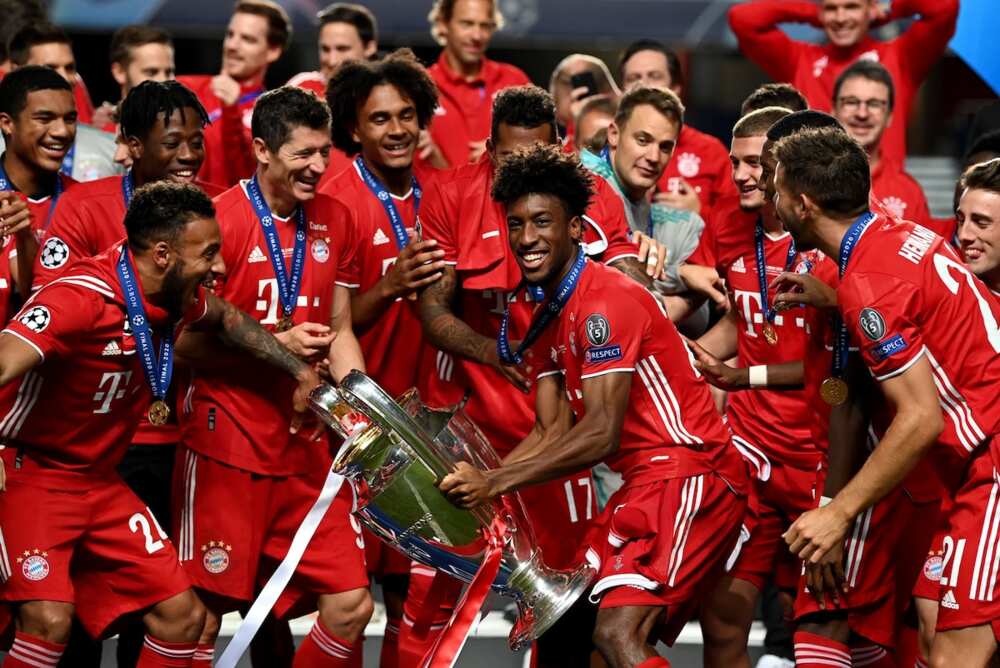 Bayern edged the French giants in Lisbon to win the European showpiece for the sixth time in their history. Photo: Getty Images.
Source: Twitter

PSG enjoyed a scintillating campaign in the European competition, defeating Borussia Dortmund, Atalanta and RB Leipzig on their way to the finals.

Their 3-0 win over Leipzig earned them a historic berth in the Champions League finals, setting up a date with Bayern Munich.

And it was Bayern who brought their European dream to an excruciating halt, stunning them 1-0 at Estadio da Luz to lift the title. Kingsley Coman netted the all-important goal of the match, heading home in the 59th minute to down a wasteful PSG side.

However, despite the defeat, it has now emerged the French giants will earn £121million from Champions League, £3.7million more than eventual winners, Bayern.

Daily Mail citing Swiss Ramble’s estimations reports that Thomas Tuchel’s side will be the top earners from the competition followed by the Bavarians.

Joining them in third are Man City who will cash in £89.4million, with Chelsea, Liverpool, and Tottenham following in sixth with £62.3million.

It is understood PSG will earn more than Bayern predominantly because of their TV pool payments by country differ from one another.

Only three slots in the European elite competition were awarded to French teams, while Germany had four.

The Spanish midfielder has been strongly linked with a move to the Premier League to join English champions Liverpool and Manchester City.

But things took a dramatic twist when Bayern boss Hansi Flick responded to question in a post-match interview about the Alcantra’s future at the club.