– The PDP has demanded the immediate arrest of Isaac Kekemeke, a chieftain of the APC for reportedly issuing threats of violence

– The state chairman of the PDP, Fatai Adams made the call for Kekemeke’s arrest

The People’s Democratic Party (PDP) has demanded the immediate arrests of Isaac Kekemeke, a chieftain of the All Progressives Congress (APC) for reportedly issuing threats of violence ahead of the governorship election in the state.

The state chairman of the PDP, Fatai Adams said Kekemeke in a recent video boasted that the APC would use thugs to intimidate the opposition during the poll. 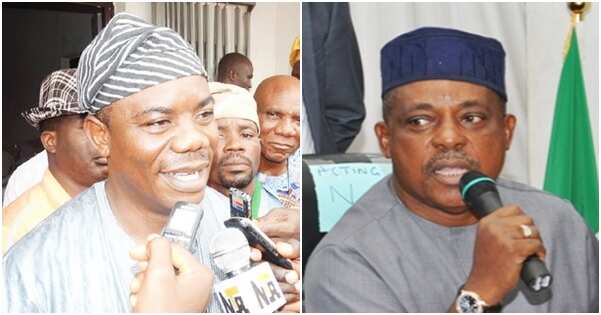 The PDP said it had petitioned security operatives over the threat of violence issued by the politician.

The party said it was ready for the governorship election and tasked Governor Akeredolu and the APC to be prepared for a violence-free election.

“We are very surprised that up till now, the security agencies have not apprehended D.I. Kekemeke to answer for his utterances that are capable of precipitating crisis and setting Ondo State on fire ahead of the gubernatorial election in the state,” he said.

READ ALSO: Ondo 2020 governorship election: What do we know about it?

Meanwhile, the APC has recorded a landslide victory in the Ondo local government election which held on Saturday, August 22.

The Ondo State Independent Electoral Commission (ODIEC) announced that the APC won the 18 chairmanship seats in all the local government areas of Ondo state.

The chairman of ODIEC, Prof Yomi Dinakin said the candidates were declared winners in accordance with the provisions of the law.

In another news report, Governor Babajide Sanwo-Olu of Lagos state has explained why he believes the ruling party will win the Ondo state governorship election.

Sanwo-Olu who served as the chairman of the APC national campaign council for the Ondo poll said the party will emerge victorious because the incumbent governor, Rotimi Akeredolu has performed well.

The Lagos state governor made the statement on Thursday, August 20, at Federal Capital Territory (FCT) Abuja, according to a report by The Nation newspaper.