– A successful Nigerian man, Wilfred Asuquo, has emphasised the need for education as a way to succeed in life

A business operation analyst and pilot, Wilfred Asuquo, has used himself as a perfect example of how education is very important in achieving great success.

On his LinkedIn page, the Nigerian advised people against the belief that education is unimportant in making it in life, stressing the fact that even the so-called billionaire dropouts hire educated individuals to help them run their businesses.

He said he knew the value of education when he left his village at the teenage age of 16. Sharing a throwback picture, he said he was a common uneducated errand boy in 1997.

In the photo, he could be seen pushing a wheelbarrow carrying 50-litre kegs barechested. He added that as soon as he finished his Higher National Diploma (HND), his situation improved to being a pilot. 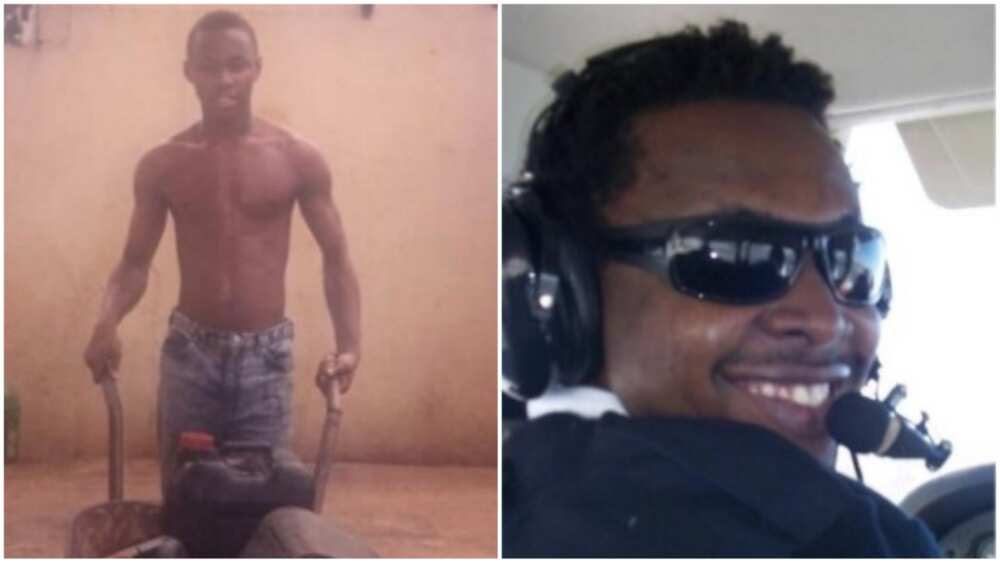 A collage showing the man when he was an errand boy versus when he became a pilot. Photo source: LinkedIn/Wilfred Asuquo
Source: UGC

Wilfred said that education plus the one he received at technical schools like flight college made a big difference in his life.

The Nigerian, however, said that in as much as education is a significant tool, improved emotional and social quotient, go a long way too.

Meanwhile, Legit.ng earlier reported that the same Nigerian man narrated how he broke the stigma that is commonly associated with HND.

He said that he graduated with an amazing 3.30/4.0 CGPA despite the fact that many took him for an unserious student because he was into school politics.

Top facts about Pat Sajak: Age, wife, net worth, salary, is he gay?

Wilfred said he had to go to a polytechnic because he could not afford the financial cost of attending a university, and not that he couldn’t get admission into one.

He even added that he had admission into three different universities for pharm*cy, medicine, and pharmacology.

On commenting on the bias between an HND holder and a university graduate, he said no one should ever allow that stop them.

“With my HND certificate without PGD or prerequisites, I have broken boundaries from being a cabin crew to being a trained commercial pilot then transitioned to being a business and data analyst. Remember, I got my MSC by just WES evaluation in the US. How I did it…..you can also do it,” he said.