– A man, Serban Raia, met a woman, Amy, in a park and immediately felt a connection with her

– However, when Raia tried to phone her, he realised the number she gave him was not working

Serban Raia has left the internet divided with his quest to track down a mystery girl he met in a park in the UK.

The third-year student at the University of Nottingham met a woman known only as ‘Amy’ and he believed they hit it off.

After chatting for a while, Raia asked Amy out and she Amy agreed to go on a date with him to the Peak District.

According to LADBible, when he returned home, Raia discovered he had the wrong number. However, because of their “instant connection”, the young man convinced himself that it must have been an innocent mistake. 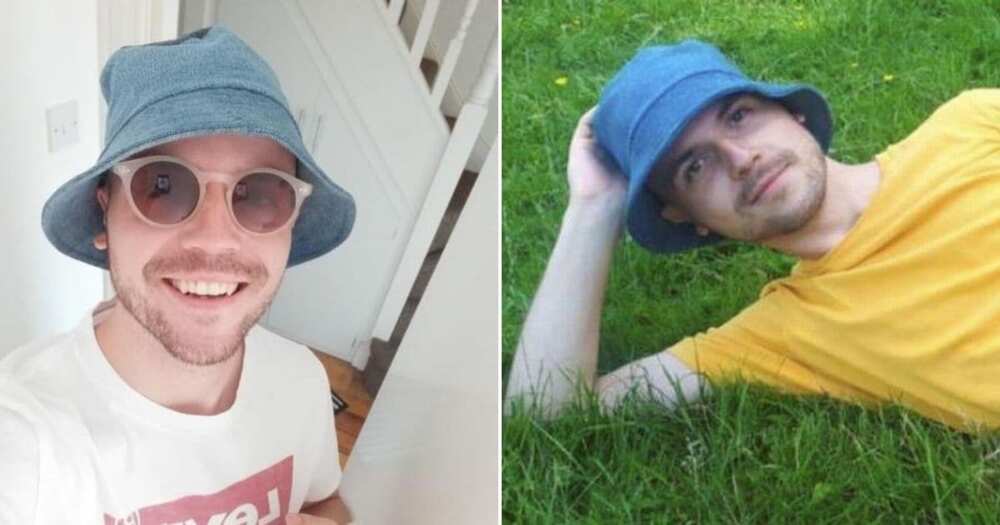 So, he decided to write her a letter – well, 100 letters to be precise. Raia spent 10 hours writing with the hope of tracking Amy down.

He then posted a letter to each house on the street she said she lived on, YOU reported.

“Last week in Radford Park I wore a yellow shirt and orange shorts, whereas you were so elegant, genuine and sexy.

“I loved talking to you! I’m upset I didn’t check straight away whether your number was correct, because it had a typo and so I couldn’t contact you. I’m sorry if as a result, you felt ignored.

“I’m not letting this unlucky event stopping us from hanging out again soon, which is why I wrote this letter and sent it to every house on Kimbolton.

“Hopefully it reached you! Call me. Hope this letter finds you well.” 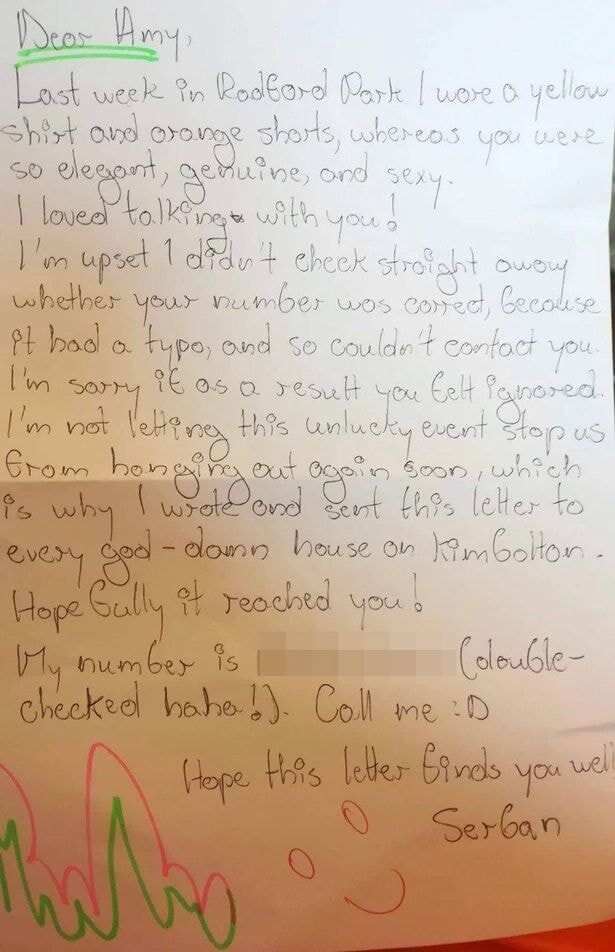 Serban Raia wrote 100 letters and posted them to every house on the road Amy said she lived on. Photo: The Tab/SWNS.COM
Source: UGC

According to the Daily Star, Raia has not yet received a response from Amy but he is hopeful that their paths will cross again some day.

Raia’s attempt to track down Amy left social media users with opposing views. While some found it romantic, many said it bordered on stalking.

“This is called stalking and it’s illegal. Police should tell this guy to back off. She clearly gave him a fake number because he creeped her out.”

“Yeah this isn’t a meet-cute, it’s future Exhibit A in a police report…”

In other news, a video has emerged on social media in which a young man was left disappointed while proposing to his lover in the middle of the road.

In the video, the unidentified man could be seen kneeling down for his lover in the middle of the road, but the lady walked out on him.