– Llyod, a former majority leader of the Rivers state House of Assembly defected to the PDP recently

– A group in Rivers state, Centre for Public Trust, has described Llyod as an ingrate

Lloyd announced his decision to dump the All Progressives Congress (APC) at a reception held in his honour Governor Nyesom Wike at Government House, Port Harcourt.

Llyod is a former leader of the Rivers state House of Assembly and former director-general of the APC governorship campaign organization. 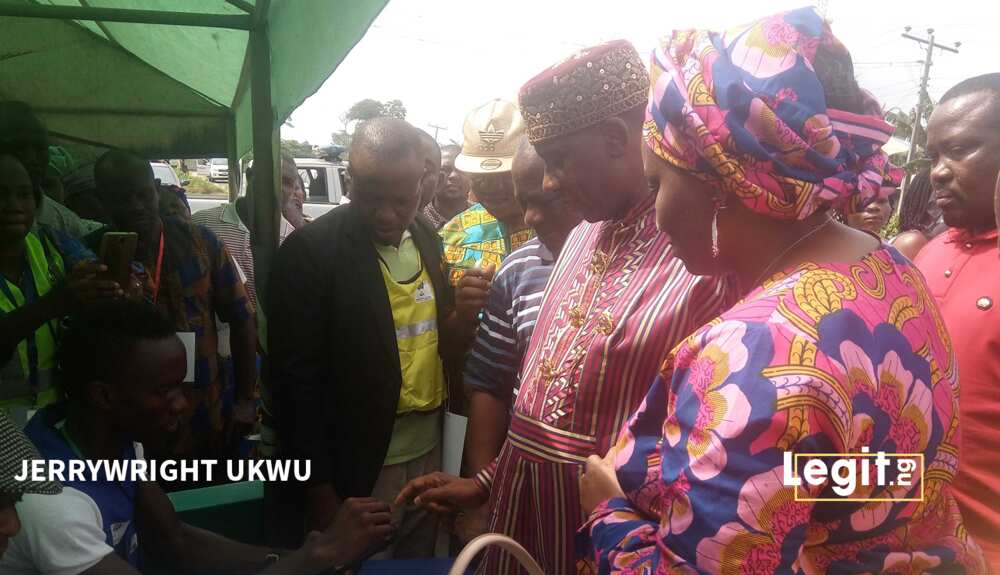 Despite Llyod’s defection, political analysts in Rivers say Minister Amaechi is still a force to reckon with politically in the state.
Source: UGC

In a chat with journalists in Port Harcourt on Monday, August 24, the coordinator of Rivers state chapter of CPT, Barrister Sotonye Douglas, described Lloyd as “an ingrate who has benefited immensely from the minister of transportation, Rotimi Amaechi, but yet continued to secretly collect money from Governor Wike.”

Douglas continued: “Many people warned Amaechi about Chidi Lloyd but he did not listen. He is a stomach politician masquerading as an academic. He goes around trying to hoodwink people with his procured degree.

“Everyone in Rivers state knows that whatever Chidi is today is as a result of the benevolence of Amaechi.

“Every time evidence of his betrayal is leaked to the social media, he will deny and start shedding crocodile tears. His exit will be of no consequence beyond his ward. He will soon come begging again when the momentum of 2023 will start building.

“Rivers people must now see Chidi Lloyd as who he is – a man who is available to be procured by the highest bidder.”

The group called on members of APC in Rivers state to “unite against the political high-handedness and authoritarianism presided over by Nyesom Wike in Rivers state.”

Meanwhile, Legit.ng had earlier reported, the rumoured misunderstanding between the former governor of Bayelsa state, Timipre Sylva and Amaechi has been laid to rest.

After a closed-door meeting with the caretaker chairman of the APC, Governor Mai Mala Buni, on Monday, August 24, the two leaders, who are from the south-south geo-political zone of the country, agreed to work together to reposition the party in the south-south.

In another development, Governor Nasir El-Rufai of Kaduna state has said that the southern part of the country should produce Nigeria’s next president in 2023.

The Kaduna governor made the statement on Saturday, August 8, in an interview with the BBC Hausa service.