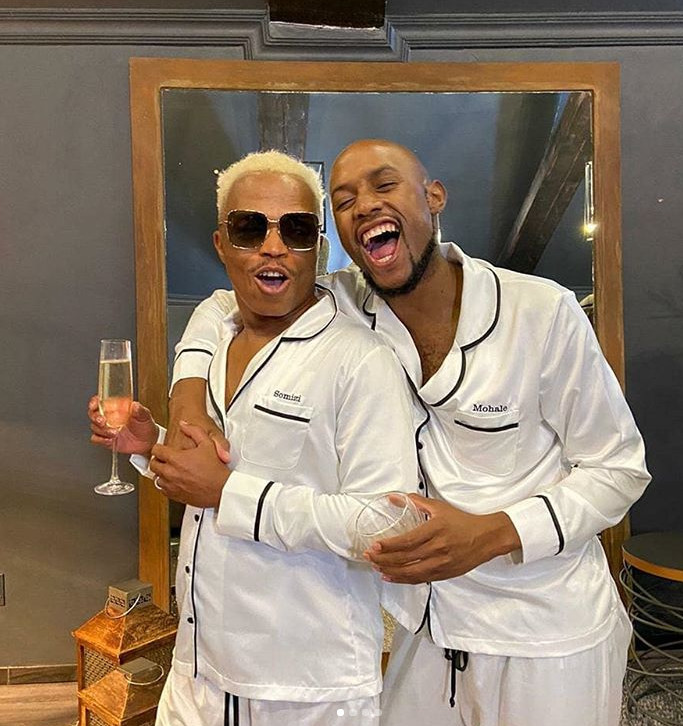 Mohale Motaung, husband of South African TV personality Somizi Mhlongo has weighed in on the debate around homosexuality and Christianity.

Speaking in his Instagram Live series ‘Let’s Talk with Mohale’ with gospel star NJ Kunene, Mohale recalled how difficult it was for him to go public with his sexuality because he went to a Christian school and was a church leader.

“We were being told, not by God or the Bible, but by people who were teaching, that being gay is not acceptable and wrong. I started accepting all those words and living them in my life, saying I can’t be gay, being gay is a sin. Until I realised these people have been taking what the Bible is saying out of context.”

Mohale disclosed that upon realizing that people used the Bible “out of context”, it helped him get rid of the feeling of being unclean or unworthy to go to church.

“For me, God teaches us to love. God teaches us not to judge people. Their interpretation of what it said in the Bible, they have taken it upon themselves to decide God hates people who are homosexuals.

“There is nowhere God says that in the Bible. Because of what they have read in the Bible, they have taken it out of context to say they are not going to associate themselves with someone who is gay, and you that cannot be gay and Christian.”

He added that those who use the Bible as backup in claiming that homosexuality is a sin,  should use same energy in speaking about other “sins” in same holy book.

“If we are going to be vocal and talk about homosexuality being a sin, then we must be vocal about everything else considered a sin”

On coming out as gay, he said;

“My dad was the welcoming one, the one who said it was OK. My mom had a few challenges accepting (it). I gave her time to really come to terms (with it). I had a lot of conversations with her. I made her understand who I am and nothing has changed about me. I am still her son. I am still the very same person she knows, it’s just that I had differences.”

NJ on his own part said he did not want to hide his sexuality as a church leader because he believed it would affect his faith. He said;

“You can be gay and Christian.”

Here is the video;