– Fans of the show received the clip with mixed reactions

Big Brother Naija (BBNaija) Lockdown housemate, Erica, has gotten some of her fans talking following a recent video clip that surfaced in the online community.

In the video sighted by Legit.ng on Twitter, the reality star who is also an actress was spotted kissing popular Nigerian singer, Minjin.

The two were seen in a public space and appeared to have been on a date of sorts. Although, it remains unsure if the clip is from a movie scene or the two have something going on.

Watch the clip below: 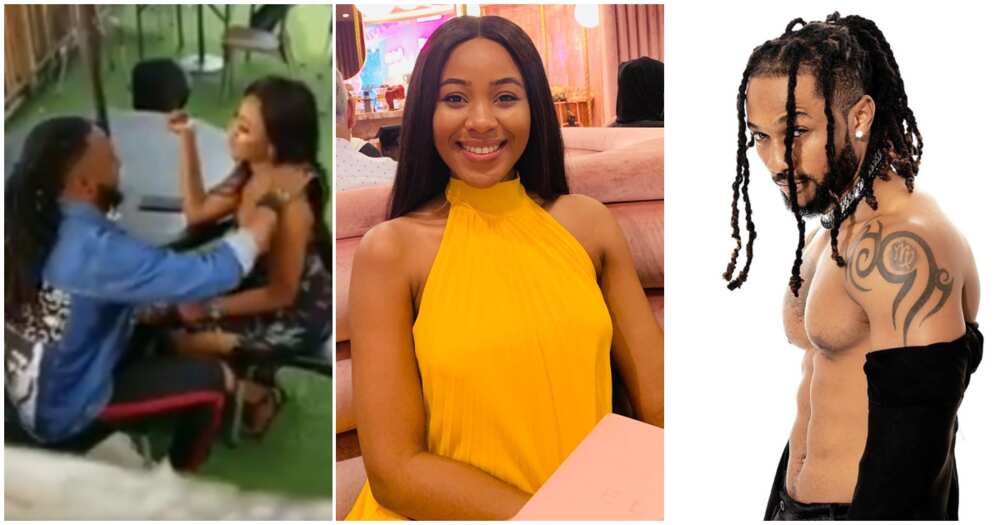 After the video surfaced online, Erica’s fans and other fans of the show had different things to say.

Some were quick to note that the lady is an adult and should be able to do whatever she desires while others submitted that she is an actress.

One fan of the Lockdown housemate said: “That Erica kissing video jus seems off… What was d aim of the person capturing the video??? Was the person aware that Erica was gonna later be popular or was minjin the target?? Lots of things just wrong 4 d video. Moreover, why release the video now?”

“Please when will you people realize that Erica is an adult? I repeat she is a grown-up lady! All this Erica and Minjin video to me it’s trash She can go as far as kissing the whole world once she is happy with it You too, create ur own happiness without Spoiling another person,” another fan tweeted in defence of Erica.

Erica is among the female housemates with a thriving relationship in Big Brother’s house. She is in a relationship with Kiddwaya and the two never seem to get enough of each other.

Erica and her lover, Kiddwaya, had connived to pick Tbaj as deputy HOH after he emerged as the house leader for the week.

However, Big Brother reminded them that they broke the house rules. Erica also got another strike for going against the no-whispering rule in the house.