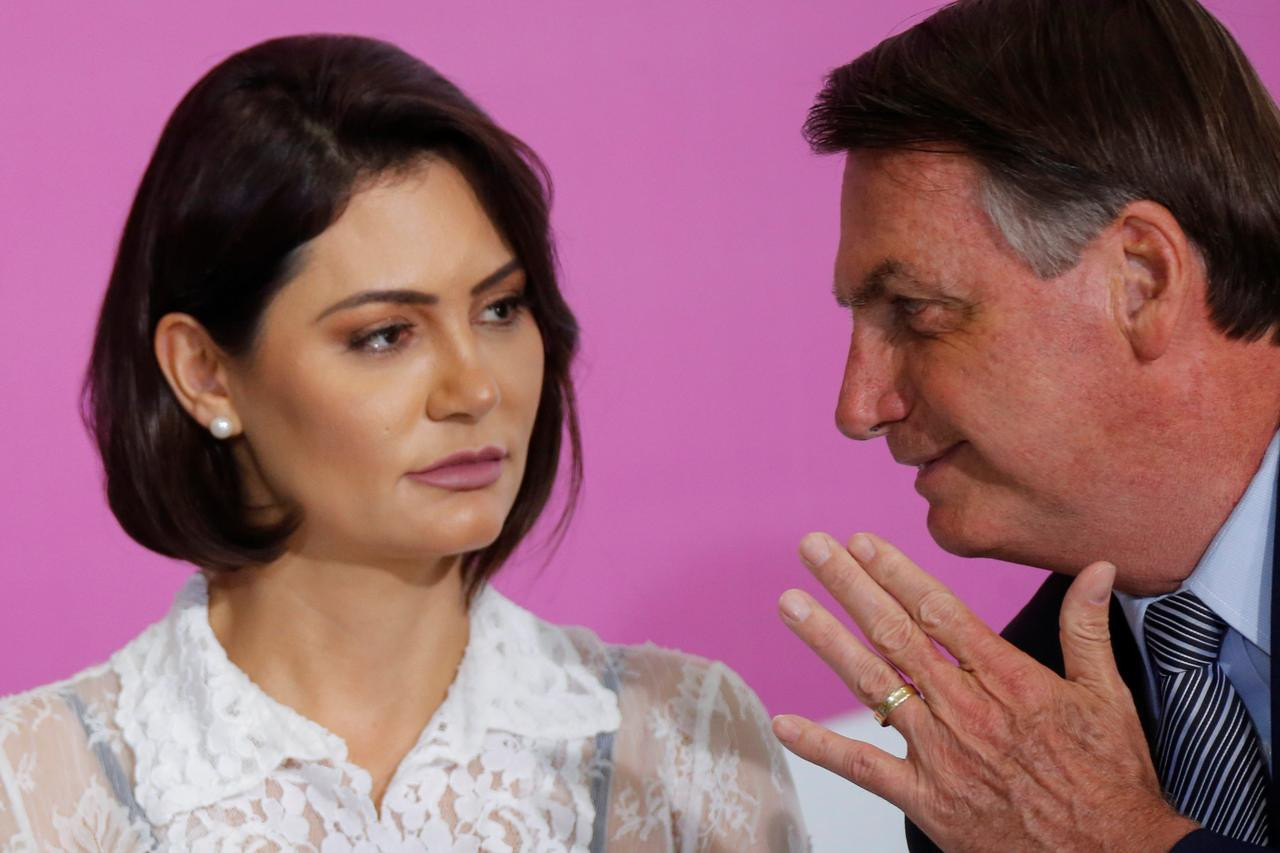 Brazil’s president, Jair Bolsonaro threatened to punch a reporter after he was asked about payments into his wife’s bank account.

‘I want to punch you in the face, OK?’, Bolsonaro replied to a journalist from the newspaper O Globo, according to audio released by the daily on Monday, August 24.

Brazilian media reported earlier this month that an aide to the president’s son deposited £9,800 in cheques into first lady Michelle Bolsonaro’s account,

The aide, Fabricio Queiroz, had deposited the money between 2011 and 2018. He was an aide to now-senator Flavio Bolsonaro, the president’s eldest son when he was a Rio de Janeiro state legislator.

He is under arrest in an investigation into bank deposits made at the time amounting to 1.2million reais (£163,000).

Queiroz and Flavio Bolsonaro are also facing investigation for a scheme that allegedly swindled pay from government employees in the years before the Jair Bolsonaro became president in January 2019.

Reacting to Bolsonaro’s outburst, newspaper O Globo issued a statement condemning his ‘aggression’ towards a journalist who was ‘carrying out a job in a professional manner.’

‘Such intimidation ‘shows that Jair Bolsonaro does not acknowledge the duty of a public servant … to be accountable to the public,’ the statement said.