Antonio Conte is reportedly doing everything within his might to recover a whopping £27million he lost in a London-based investment during his spell at Premier League club Chelsea, The Dailymail reports.

The embattled Inter Milan manager who could be exiting the Italian club following his failure to win the Europa League was said to have been defrauded of a huge sum of money.

According to a ruling by an English judge David Foxton, England-based Italian financier Massimo Bochicchio earlier convinced eight people, including the Inter Milan manager, to invest in his company, Kidman.

Bochicchio promised high returns, with the former Chelsea manager expecting not less than a figure around €30million (£27million) by June 30 2020, but he is yet to be paid.

By July 7, all the victims then sent an email to the address they were given, only to discover it was a fake address.

It was gathered that the tactician fell victim when he was assured that Kidman was supported by investment bank HSBC, an institution where Bochicchio had worked before initiating his own business in 2012. 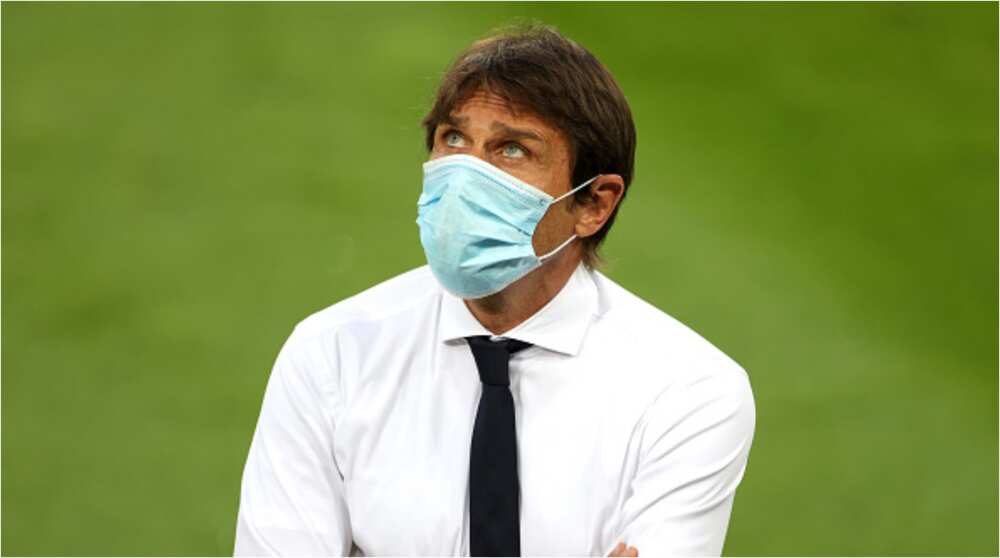 After Conte brought the documents to the court, HSBC denied playing any role at the company, while the court discovered that the invested funds were used for other purposes as against what Bonicchio originally promised.

Bochicchio has since had a high number of assets frozen, including luxury Miami and London properties as well as bank accounts totalling around $61.4million (£47m).

One of the properties is in Holland Park, London, where Conte lived while Chelsea manager.

The court has ordered payment of £6.5million to Luxembourg company Palesa Sarl, and £27m to Conte, and Bochicchio risks seizure of his assets if he does not comply.

Meanwhile, Legit.ng earlier reported that Antonio Conte has admitted that he may not be in charge of Italian side Inter Milan next season following the club’s defeat against Sevilla in the Europa League final.

The former Chelsea gaffer tried his best to make sure that Inter Milan win at least a title last season, but things did not go as he had hoped.

Inter Milan started the season with serious fight for the Italian Serie A title, but they were unable to lift the trophy which was won by Juventus.