– The duo are political leaders in the south-south

– Amaechi said on Monday, August 24, in Abuja that they have buried the hatchet and decided to work together

The Nation reports that the two leaders, who are from the south-south geo-political zone of the country, were seen for the first time in a long time walking shoulder to shoulder in public. 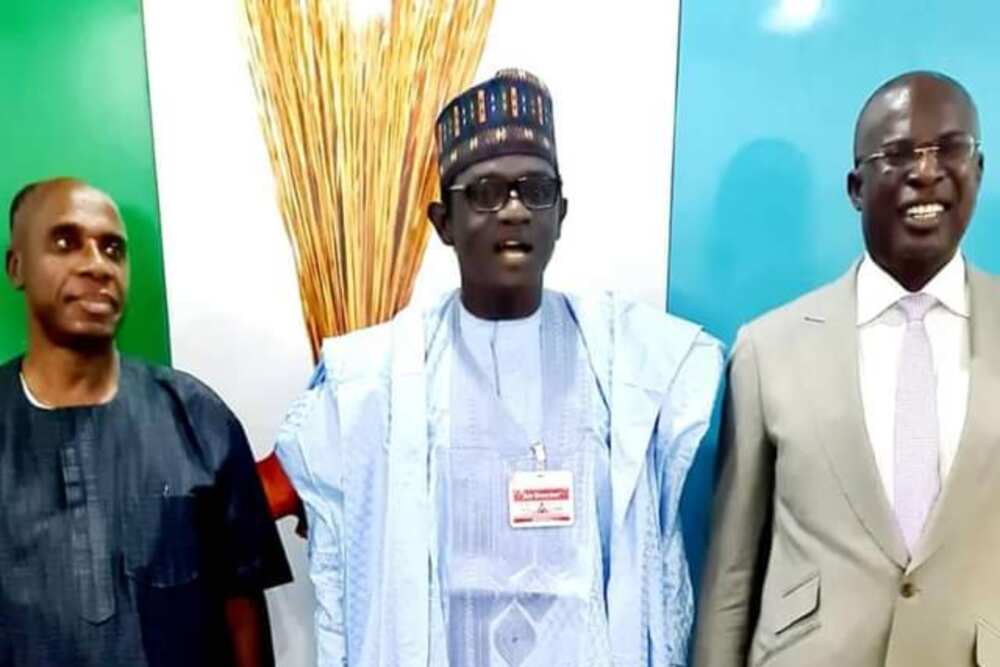 The minister of transport who earlier arrived at the party secretariat around 1:15 pm left after few minutes only to return with the chairman of the caretaker committee to join Sylva about 2 pm for the closed-door meeting that last almost an hour.

The political differences between the two south-south leaders in the recent past have had a toll on the party’s fortune in the region.

Speaking with newsmen after the closed-door meeting, Ameachi who was accompanied by the former governor Sylva, said: “We have agreed that both of us will work together.”

Meanwhile, Legit.ng had previously reported that Babachir Lawal, a former secretary the government of the federation, tipped former Lagos state governor, Bola Ahmed Tinubu, for the presidency in 2023.

It was reported that Lawal, who added his voice to the 2023 presidency and the politics of zoning, said the APC national leader must be given a strong backing to succeed President Muhammadu Buhari because he has done a lot for the ruling party.

The former SGF, who declared himself as a “Tinubu man”, further stated that he (Tinubu) was the financial powerhouse of President Buhari in 2015.

In another report, Mukhtari Shehu Shagari, a former Nigerian minister, stated that the furore generated by power shift and zoning in the country was healthy.

Shagari, who served as water resources under President Olusegun Obasanjo between 2001 and 2007, made this known while dabbling into the recent conversation generated over renewed interest in 2023 politics.