– Thousands of farmers have abandoned their farms in Borno, Taraba states

– This is as a result of the menace of Boko Haram

– The farmers are now part of Internally Displaced Households

In what might likely come to affect Nigeria when it comes to food production, reports have it that over 78,000 farmers have abandoned the framland in Borno, Katsina, Taraba, Plateau and other states in the north.

This is due to the continuous menace of Boko Haram terrorists, bandits and herdsmen.

The Guardian reports that About 56,000 Internally Displaced Households (IDH) farmers from 28 communities in Borno State have lost no less than 504,000 metric tonnes of food since 2015.

According to the reports, these farmers cultivate about 95,000 metric tonnes of crops yearly.

The farmers, before they abandoned their farmlands engaged in wet and dry season farming and fishing.

They also cultivated no less than 56,000 hectares of land and got an average of 1.5 metric tonnes of grains per hectare.

Some of the camps are in Monguno, Damboa, Gwoza, Pulka, Dikwa and Gambouru, a border community with Cameroon, Bakassi, Gubio and Dalori in Maiduguri metropolis, with IDPs coming from the affected 18 local government areas of the state. 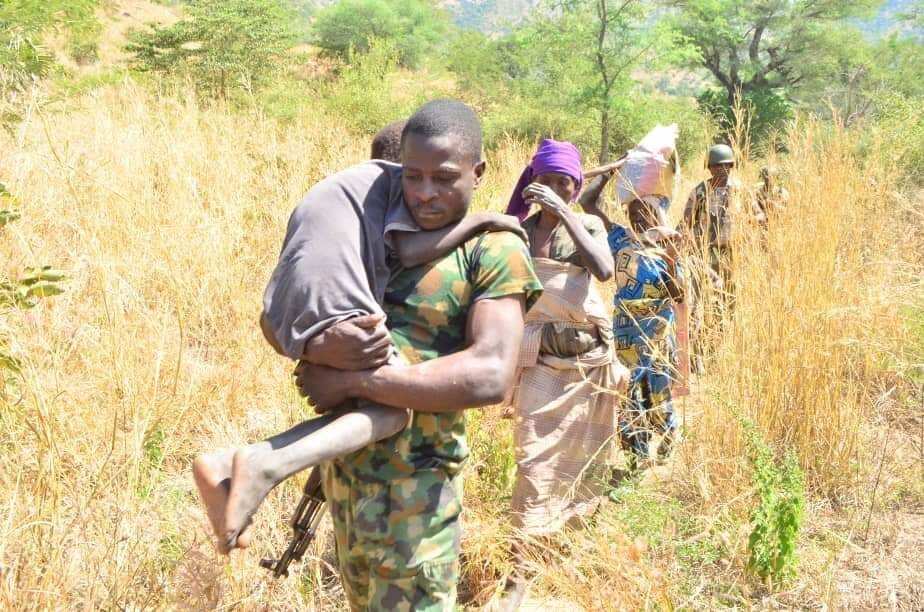 Thousands of farmers have abandoned their farms in Borno, Taraba states
Source: Twitter

Meanwhile, Legit.ng had reported that Nigeria’s defence minister, Major General Bashir Salihi Magashi (Rtd), sent an important message to the service chiefs as he marks his one year in office.

A statement by his special assistant on media and publicity, Mohammad Abdulkadir, indicates that he charged the service chiefs and heads of other security agencies “to raise the bar of patriotic service to the nation”, The Nation reports.

Legit.ng gathers that Magashi spoke during the occasion to mark his one year in office, charging the service chiefs to step up the anti-terrorism war.

Legit.ng had also reported that the United Kingdom chapter of the Nigerians in Diaspora Monitoring Group (NDMG) on Tuesday, August 18, announced its alignment with international indicators in securing peacebuilding strategies for regions affected by Boko Haram insurgency.

The NDMG noted that the Multi-Sectoral Crisis Recovery Project (MCRP) of the present administration is proof that insurgents have been subdued in Bauchi, Adamawa, Yobe, Gombe and Taraba states.