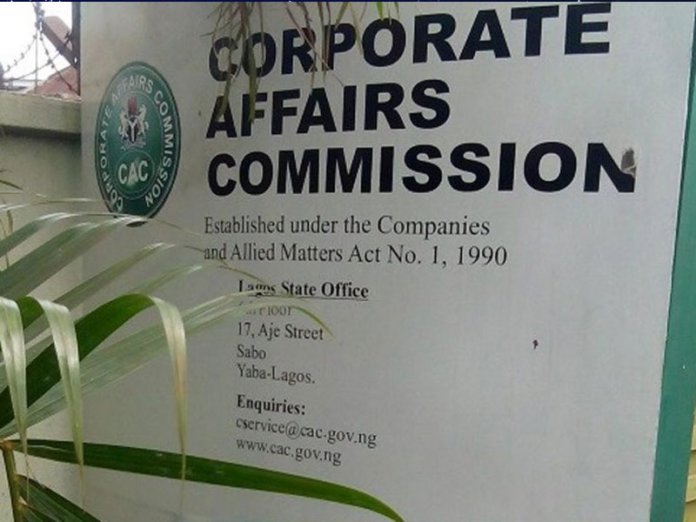 THE PUBLIC SPHERE with Chido Nwakanma

There is significant verbiage but little illumination out there about the trending disputation concerning the provisions of the 2020 Companies and Allied Matters Act on not-for-profits. The petulant intervention of Bishop David Oyedepo of Living Faith Church brought anger rather than light and has inflamed the discourse. The consequence is that it has engaged combatants on either side of the Church versus the State debate rather than reasoned discussion to finetune or discard the legislation.

Section 839 Chapter 4 of CAMA 2020 borrows part of what exists in other jurisdictions to spell out stipulations for the management of civil society organisations. It grants powers without responsibility. The decision of the Charities Commission in England to penalise the Mountain of Fire and Miracles Ministries therein has suddenly become a justification for the inelegant Nigerian legislation. It is enough to state that while apples and oranges have the same shape and classification as fruits, they differ, nonetheless.

There is a loud hallelujah chorus for CAMA 2020. I share those sentiments in many areas. According to Banwo & Ighodalo Legal Practice, “CAMA 2020 is undeniably a progressive development in the Nigerian business and economic landscape and a big boost to the Ease-of-Doing-Business (EoDB) campaign of the Government. CAMA 2020 provides a robust framework for reforming identified onerous legal, regulatory and administrative bottlenecks which, for three decades, have made doing business in Nigeria substantially difficult (particularly for Micro, Small and Medium Enterprises (MSMEs)), and impeded investments into Nigeria.”

That ululation does not apply to Chapter Four of Section 839. First, we must pivot from the reductionist position that sees the section only in terms of the Church. Or the non-argument that secular authorities cannot regulate churches. Jesus Christ instituted the Church standard, “Render to Caesar the things that are Caesar’s, and to God the things that are God’s” (Mark 12:17).

Section 839 covers the incorporated trustees of various nonprofits. These are associations “for the advancement of any religious, educational, literary, scientific, social, development, cultural, sporting or charitable purpose.” S839 of CAMA 2020 applies to the operations and activities of private secondary schools and universities, cultural associations, sports clubs, or the Umuode Development Association of my community. It also applies to various NGOs and other CSOs.

It would help to read Section 443-558 on the appointment of administrators for companies in distress alongside a reading of Section 839. Subsection 1 of 839 empowers the CAC to apply to the court, suspend the trustees of an association and replace them with an interim manager(s). Reason? “If It reasonably believes” that there has been misconduct or mismanagement, fraud, to protect the property of the association or in the public interest.

Compare this with S571 on winding up of a company. It would only happen if “(a) the company has by special resolution resolved that the company be wound up by the Court; (b) default is made in delivering the statutory report to the Commission or in holding the statutory meeting; (c) the number of members is reduced below two in the case of companies with more than one shareholder; (d) the company is unable to pay its debts; (e) the condition precedent to the operation of the company has ceased to exist, or (f) the Court is of the opinion that it is just and equitable that the company should be wound up.”

Did you notice the difference? CAMA 2020 states clear grounds for winding up of a company starting with the intent of the promoters through to compliance failures or indebtedness. Contrarily, the provisions for CSOs are ambiguous and include notably “if it (CAC) reasonably believes” that there has been fraud, misconduct, or mismanagement. In other words, if CAC suspects an organisation, it applies to the court to remove its trustees and take over its affairs. Just like that!

Moreover, there is no time limit to the running of affairs by the CAC-appointed and court-sanctioned managers. Then there is the nebulous “public interest” provision. What is that? What does public interest mean here, and who defines it?

Suspicion of the motive and intent of Section 839 stems from the nebulous grounds for the intervention of the CAC in the running of CSOs. The provisions are subject to varying interpretation. It comes against the backdrop of the poisoned chalice of mistrust that characterises Nigerian public affairs and governance in the Buhari Years. Only the paranoid survives, Andy Grove famously asserted concerning competition in the microchips market. Paranoia is excusable in Nigeria today.

S839 of CAMA 2020 sets a higher bar for CSOs than for even quoted companies. It is a bar that is, at times, invisible and other times unclear. If there is fraud or mismanagement in a company, the trustees would ordinarily involve the law such as invite the police, go to the court or seek arbitration. How is it the business of the CAC?

It becomes the business of CAC in the case of CSOs. That brings up the issue of public benefit and the story of the fine on MFM in the UK. The Charity Commission for England and Wales regulates charities in that jurisdiction. Charities are public benefit organisations run by their trustees for the benefit of the charity’s beneficiaries. “An organisation cannot be a charity if it is run in the interests of anyone beyond the charity, including private individuals and public bodies such as local authorities”.

The Charities Commission registers all charities. They enjoy grants-in-aid based on their registration. The charity law binds all charities, including those currently exempted from registration. They have an overriding duty to “act prudently and within the law” as in sound corporate governance. The Government intervenes based on the law and because it provides support and a cover for the charities to raise funds.

There are various regulators. For instance, the Higher Education Funding Council for England (HEFCE) regulates universities as charities.

CAMA 2020 empowers CAC without giving it any responsibilities. CAC will do nothing for not-for-profits in the country but would have the power to take over their operations by appointing a manager to run their affairs on patently nebulous grounds.

In an example of lazy legislative drafting, CAMA 2020 borrows aspects of the law from other jurisdictions but fails to go the whole hog. There is no Charities Commission, or will the CAC set up one?

S 17 demands plaintiffs to inform CAC in writing 30 days before filling a suit against it. Strange. Then in S19 it disallows freedom of association or action by 20 or more persons running a business unless they register it with CAC. “No association, or partnership consisting of more than 20 persons shall be formed for the purpose of carrying on any business for profit or gain by the association, or partnership, or by the individual members thereof, unless it is registered as a company under this Act, or is formed in pursuance of some other enactments in force in Nigeria.”

CAMA 1990 listed lawyers, accountants, and company secretaries as those who can handle company registration. CAMA 2020 regresses from professions to individuals. S 705 of CAMA 2020 brings in a private body, BRIPAN, and vests it with the sole right for the practice of insolvency in Nigeria.

S 839 is just one of many poisonous provisions in the new CAMA that necessitate a re-think of the entire law. It speaks to deleterious sloppiness or malice aforethought. Was there stakeholder engagement at all as should be the norm? There is need to review the law.