– Praise has been evicted from the Big Brother Naija Lockdown house on Sunday, August 23

– He alongside Trikytee, Wathoni and Vee were the four housemates with the lowest votes

Praise has been evicted from the Big Brother Naija Lockdown House, joining previous housemates that were sent packing in the last few weeks.

He got evicted on Sunday, April 23, the same day Biggie returned from his six-day vacation.

Thirteen housemates were up for eviction. Four housemates with the lowest votes, which included Trikytee, Wathoni, Praise and Vee, were called to stand up. 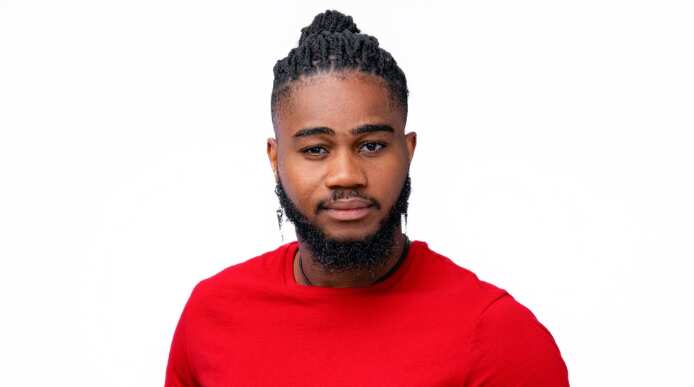 The other housemates were called into the Diary Room to nominate two housemates for eviction.

When Tolanibaj was called into the Diary Room, she nominated Praise and Wathoni to be evicted from the Big Brother Naija Lockdown house.

Nengi nominated Praise and Wathoni to leave the Big Brother House, while Brighto nominated Trikytee and Praise for eviction.

After every housemate had nominated two housemates for eviction, had the highest vote for eviction and got evicted from the Big Brother Lockdown house.

Prince got emotional and started crying when Praise was sent packing.

In other news Big Brother has punished Kiddwaya, Tolanibaj and Erica for flouting the Head of House lounge rules during the week.

This is coming following Big Brother’s return to the house after his six-day vacation.

Ozo was also issued a strike for flouting the “no-whispering” rule, an offence Erica also got a strike for.

As it stands, Erica has two strikes and will be disqualified if she is giving the third one.

Kiddwaya, Tolanibaj and Ozo have a strike each and two more strikes will see to their disqualification from the reality show.

When Biggie arrived from his vacation, he assembled the housemate in the lounge and gave his verdicts to the guilty ones.