– Latest to join the list of those condemning the act is a rights group, SERAP

President Muhammadu Buhari has been asked by the Socio-Economic Rights and Accountability Project (SERAP) to rescind his assent to the Companies and Allied Matters Act, 2020 (CAMA 2020).

The group wants him to send the legislation back to the National Assembly to address its fundamental flaws, including removal of what it termed “repressive provisions of the Act”.

A letter by the rights group, dated August 22, is also asking that the registrar-general of the CAC, Alhaji Garba Abubakar and AGF Abubakar Malami (SAN) do not implement or enforce the CAMA 2020 until National Assembly repeals the legislation.

A letter by the rights group dated August 22, with these provisions in the act, the government can arbitrarily withdraw or revoke the certificate of any association, suspend and remove trustees and also merge two associations without their consent and approval. 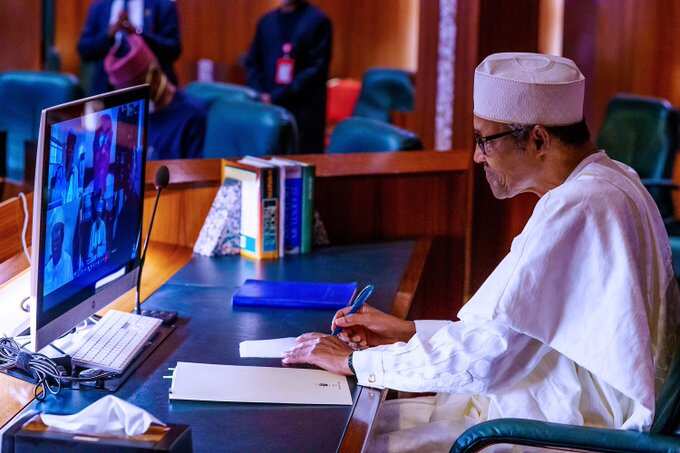 The group accused the government of consistently pursuing initiatives to restrict the enjoyment of citizens’ human rights.

Some Nigerians are, however, curious why the some organisations are against the government going through their books.

@ukanwata wrote: “Why are all the NGOs afraid of government perusing their books? The government is fraudulent and funny enough those who should ask them for accountability do not also want to be accountable. Where do we run to in this country again na.”

Another Twitter user, @YusufOkoro, wrote: “Anybody or organization in Nigeria that doesn’t want his finances scrutinized by the relevant agencies should refuse to register with the CAC or get the name de-registered; at least we’ll know you want to be fraudulent in your financial deals or you’re already a fraud.”

CAMA 2020 has been trailed by a lot of controversies with many bodies condemning it.

One of the organisations that have fiercely rejected the act is the Christian Association of Nigeria (CAN) which has referred to the business legislation as a timebomb and satanic in nature.

The presiding bishop of the Living Faith Church International, popularly known as Winners’ Chapel, Bishop David Oyedepo, is also one of those against CAMA 2020. According to him, those insulting him for rejecting the CAMA were wasting their time.

Coronavirus: Bishop Oyedepo wants churches to open if markets can; do you agree? | Legit TV