– A former deputy governor of Sokoto state, Alhaji Muhammad Maigari Dingyadi has been in charge of the ministry since then

– The IGP of Police also spoke on the community policing initiative

The minister of police affairs, Alhaji Muhammad Maigari Dingyadi has said the ministry under his watch has recorded a significant milestone within one year after its re-establishment in August 2019 by President Muhammadu Buhari.

Addressing journalists on Friday, August 21, the minister said even though the past one year was riddled with challenges, the ministry under his watch made efforts to live up to its vision of repositioning the Nigeria Police Force.

While noting that the ministry is committed to keying into President Muhammadu Buhari’s vision of frontally dealing with myriads of insecurity bedevilling the country, Dingyadi stated that a new internal security framework to enhance police operations is in the works. 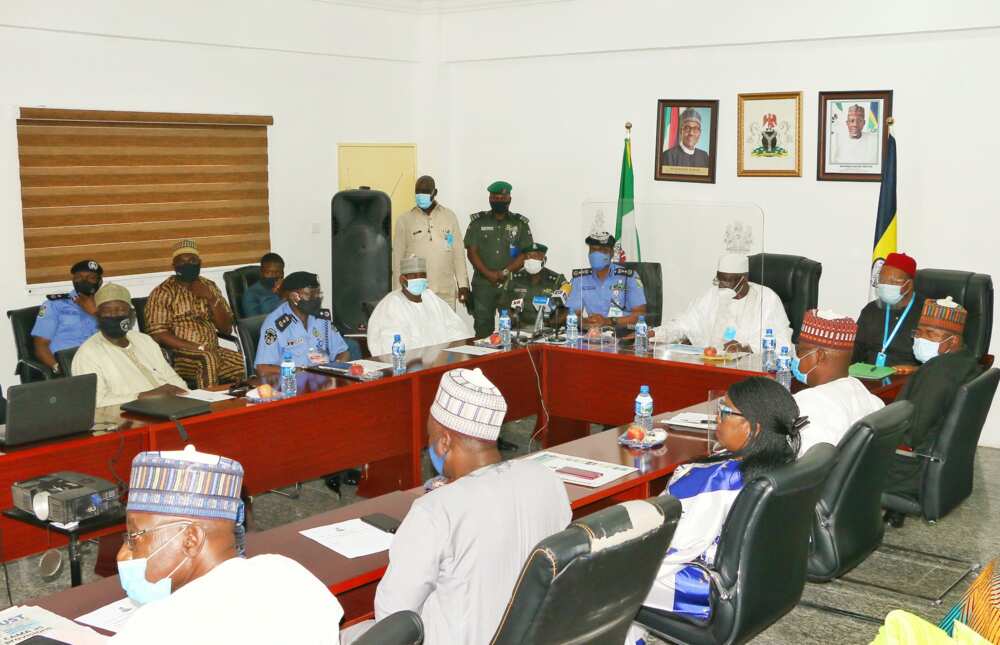 He enumerated some of the achievements of the ministry under his leadership in the last one year to include;

1. Re-establishment of functional departments in the ministry

2. Supervision of the recruitment, training and deployment of 10,000 constables into the Nigeria Police Force.

4. Participation of Nigerian police contingency in peace-keeping missions and

Speaking on some ongoing operations of the Nigeria Police Force, the minister said: “The ministry through the Nigeria police launched Operation Puff Adder, which the IGP established by bringing personnel from tactical units including the Police Mobile Force (PMF), Special Forces and Counter-Terrorism Unit (CTU).

“Operation Puff Adder was put in place to curtail the menace of banditry in the northeast. This is being extended to other geo-political zones of the country.”

He revealed that the ministry in synergy with the Nigeria Police Force has commenced arrangements to recruit and enlist constabularies across the 774 local governments in the country for the implementation of community policing recently inaugurated by President Buhari in all states of the federation and Federal Capital Territory, Abuja.

The minister further expressed the readiness of the ministry to enhance the welfare of staff and its agencies, observing that provision of working tools and conducive working environment for effective service delivery cannot be compromised.

9 facts you should know about Frank Mba, the new police PRO

Also speaking at the press briefing, the Inspector General of Police (IGP) Mohammed Adamu expressed gratitude to the minister for partnering with the police in tackling conflicts and violent crimes across the country.

Adamu said the Nigeria Police Force has ended recorded improvement in tackling pipeline vandalisation in the southern part of the country.

On the community policing programme, the IGP said: “Community policing is a strategy. It is not a new policy structure that is being created but within the police we re-strategise and then bring in community-based initiatives.

“The idea and what we are implementing is that the community should take responsibility for policing. The implementation has gone far. So far we have inaugurated state community policing advisory committees in all the states.”

This was disclosed by the Police Public Relations Officer, Gbenga Fadeyi, in a statement on Sunday, August 23.

Meanwhile, the Nigerian Police Force has announced locations for the screening of candidates in the 2020 recruitment process.