Bayern Munich are European champions for the sixth time following their 1-0 win over Paris Saint Germain in their Champions League final at the Estadio da Luz on Sunday, August 23.

Kingsley Coman scored the only goal of the meeting just one minute before the hour mark after heading the ball beyond Keylor Navas’ reach with Joshua Kimmich claiming the assist.

However, Bayern did not only end up winning Europe’s most prestigious title, but they also reached 500th UCL goal mark on the night.

They have now joined Real Madrid and Barcelona on the list of elite clubs that have achieved the same feat before now.

According to Goal.com Los Blancos are clearly above on the chart with 567 goals while the Catalan club follows closely with 517. 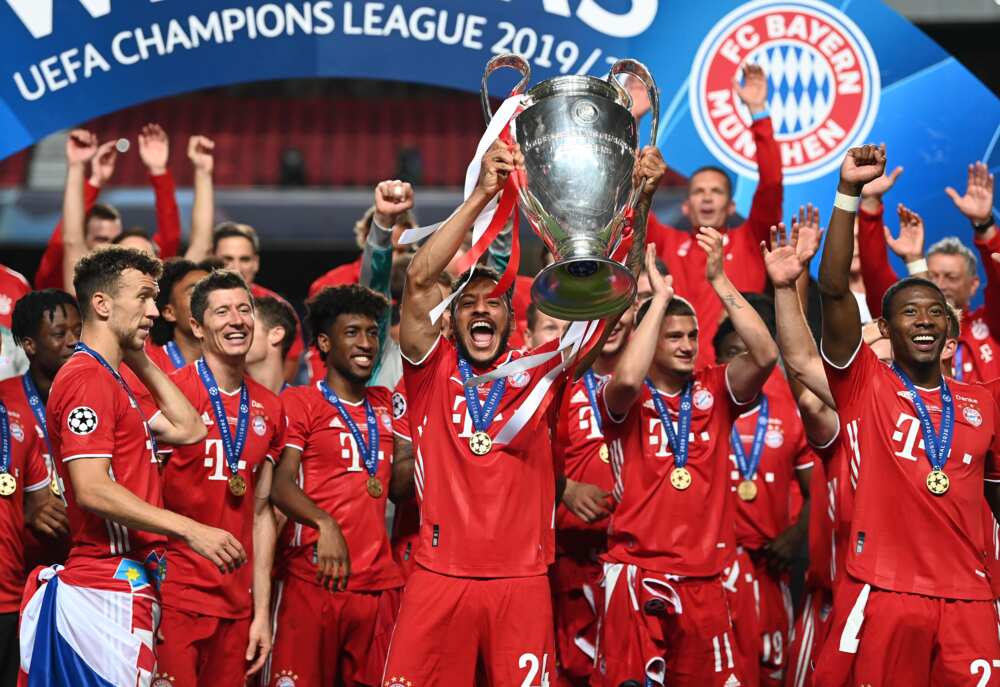 The publication further stated that Manchester United and Juventus are other clubs that have recorded more than 300 UCL goals.

Ole Gunnar Solskjaer’s men have a tally of 373 while the Old Lady have found the back of the net 306 times in the process.

They recorded a staggering 8-2 victory over Barcelona at the quarterfinal stage, as Tottenham suffered a similar scoreline earlier in the season.

Legit.ng earlier reported that it was a battle from start to finish, however PSG’s Thiago Alcantara had the first sight on goal as he blew his shot way over the bar in the 5th minute as the French side made their intentions clear.

Kingsley Coman had a glorious opportunity in the 10th minute, he had the chance to slot home from close range but got the ball stuck under his feet and the chance goes begging.

And three minutes later, Neymar had the chance to combine with Mbappe and the number seven got a sniff of goal but hit his shot into the legs of Boateng as Bayern survive the scare.