It has been said that for leaders of the Economic Community of West African States (ECOWAS) to restore peace and order in Mali, a West African nation whose political crisis recently graduated into a coup, the man Imam Mahmoud Dicko must be appeased.

To substantiate this claim, leaders of the nation’s opposition, M5-RFP, regard the Muslim cleric as the religious guide, PM News reports. 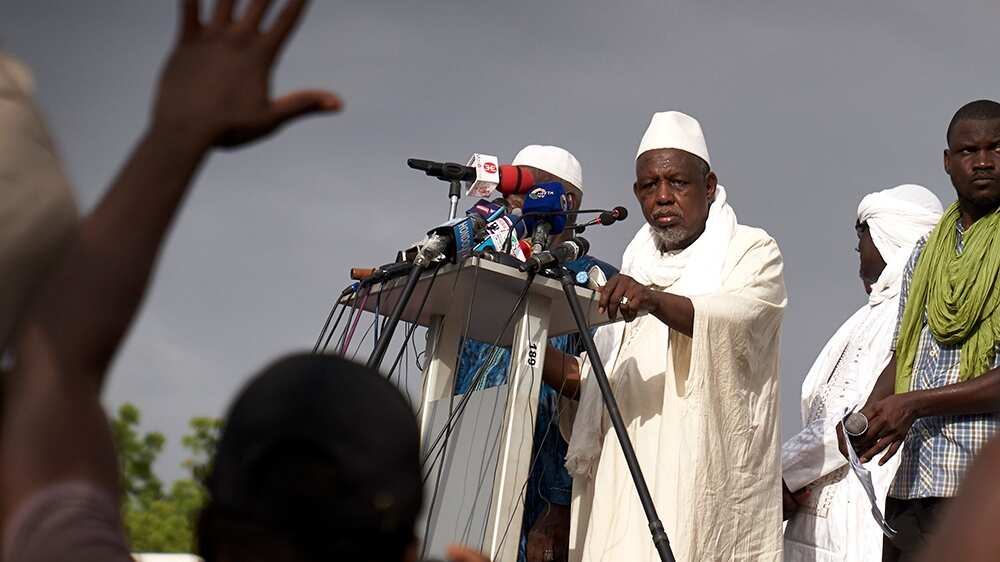 In fact, Dicko led on Friday, August 21, led M5-RFP bigwigs to a rally in Bamako, in support of the armed forces that carried out the coup, a development seen as a victory against Keita by the president’s detractors.

However, the politically powerful Muslim called for peace in his speech during the rally and asked his supporters to forgive Keita.

He said: “Mali is not a country of revenge. But a country of understanding. We must come together today in order to drive out the demon of division and hatred. It’s time.”

Meanwhile, Legit.ng reported that ECOWAS said it had shut down ties with Mali. ECOWAS made this disclosure in a statement released on Wednesday, August 19, in Abuja, saying that it will also cut commercial trade with Mali.

The leader of the soldier group informed journalists on Tuesday that Cisse and Keita were with them in Bamako, Mali’s capital.

Later, another military source claimed the president and the prime minister have been taken to a key base in Kati, a town close to Bamako.

ECOWAS said it tried to douse the political tension in the country by raising committee to meet with the warring leaders.

Jonathan and the Nigerian president arrived Mali on Thursday, July 23, alongside the president of Ghana Nana Akuffo-Addo and Mahamadou Issoufou, president of the Republic of Niger.